AFL NewsPerth Shaping Up As An Option For AFL Finals Hub

Perth Shaping Up As An Option For AFL Finals Hub 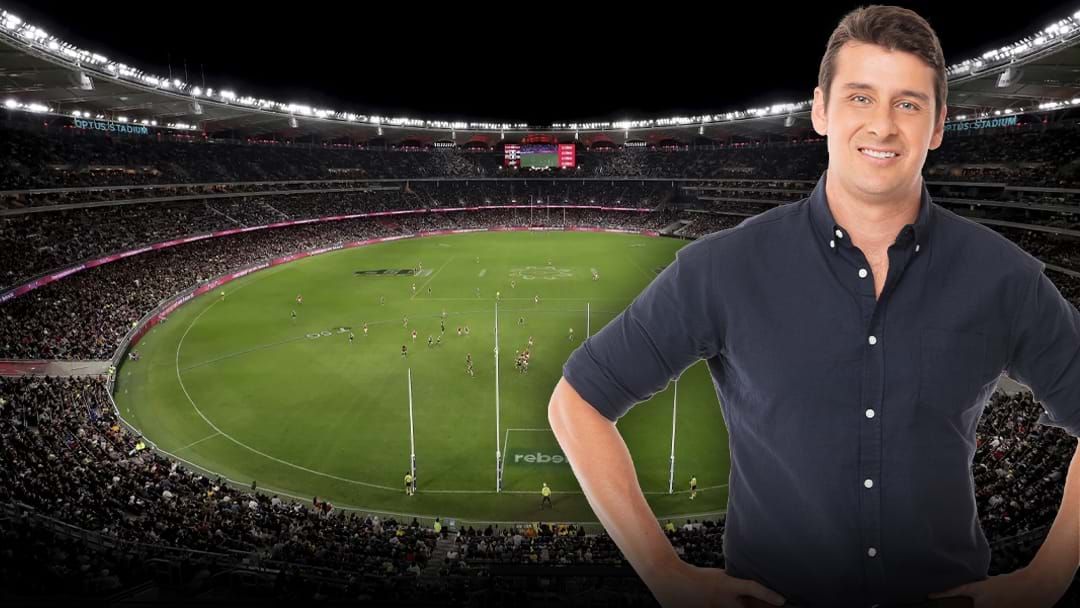 On Triple M WA's Rush Hour with Lachy and Embers, the pair discussed Perth's validity to host the AFL finals series in its entirety.

WA Premier Mark McGowan has raised Optus Stadium as an option, considering the current hurdles the AFL are jumping over to complete the season.

Lachy and Embers discussed the possibility of having an AFL Finals Hub in Perth this September.

"There is a little bit of a sneaky chance that Perth are starting to move in!"

"It makes perfect sense. We understand there are issues around coming in at the moment with our borders," Embley said.

"The AFL, and Mark McGowan, the state government are doing some talks behind-closed-doors to see what might happen."

Embley explained that the pre-finals bye week would allow all players to complete a 7-day quarantine.

Optus Stadium has a capacity of 60,000 seats, and has shown its value this season playing host to the annual Dream Time game in June.