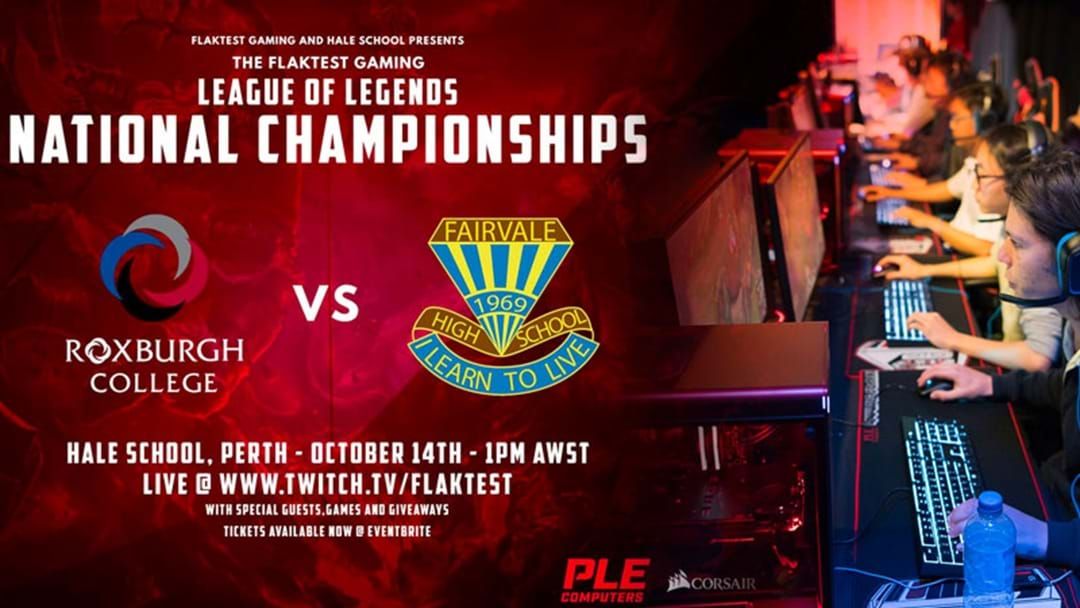 Massive, MASSIVE news for little old #Perth and the growing phenomenon of eSports.

To be held at Hale School this Saturday, October 14, Perth based youth eSports organisation Flaktest Gaming is hosting the grand final of the Flaktest Gaming National Interschool League of Legends Championship, which will see students from all over the country converge on Hale School to find out, in 2017, which school team will be the national Flaktest League of Legends champions?

Will it be Roxburgh College in Victoria? Or will Fairvale High School in NSW prevail?

Further, a host of exhibition games will be played before the Grand Final League of Legends match. So there is heaps of action on offer.

Excitingly, there is expected to be a massive crowd watching on, so the atmosphere promises to be electric, to say the very least.

Even more excitingly, it’s an all-ages event and entry is FREE, so if you have a little one that’s into gaming and eSports, this could be for you. There are prizes and giveaways planned, including a Battlebull Gaming Chair valued at 300 dollars!

If you still need some convincing on how awesome eSports really is, just check this out.