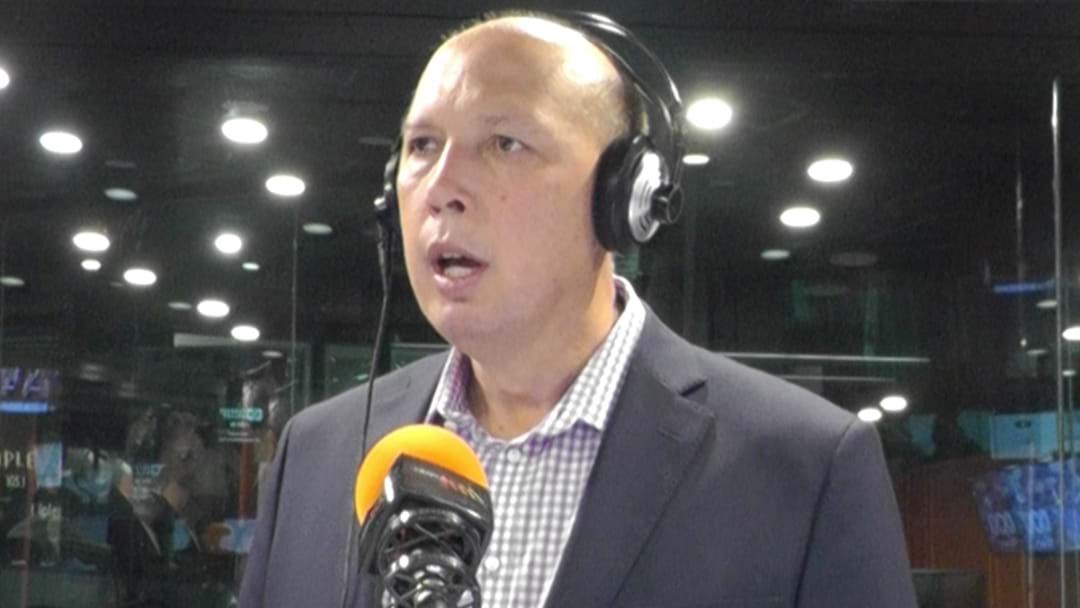 Triple M's Hot Breakfast secured the interview Australia wanted this morning, as Peter Dutton joined us to talk about yesterday's "LibSpill" and he seemed to suggest his ambitions on the Prime Ministership have not been ended by his loss in the LNP Party Poll to Malcolm Turnbull.

When quizzed by The Hot Breakfast's Wil Anderson when his next challenge on the party leadership will be, Dutton responded that he feels he is "the best person to lead the party and I will see what the future holds."

In a wide ranging interview that Dutton was keen to show both his softer, personal side as a family man whose mum worked two jos to give him opportunities, he also talked about his background starting out as a police officer.

Dutton also spoke passionately about Australian farmers and the drought, saying the government were in the process of delivering key assistance packages.

Plus, did Eddie, Darc and Wil catch him out by naming an AC/DC song..?

Listen to the whole chat here - it's worth it. This bloke could be running the country soon!