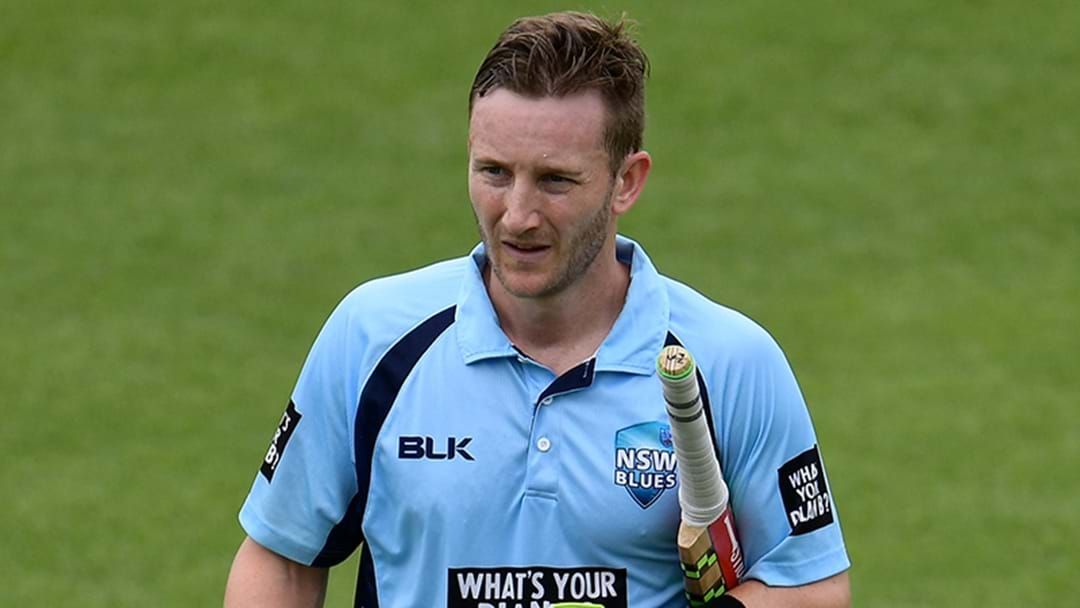 Peter Nevill has had the time of his life behind the stumps against the Cricket Australia XI on Sunday.

His New South Wales took home bonus points in the JLT Cup clash, making 8/332 at Hurstville and dismissing the Cricket Australia XI for 239.

Plenty of that was thanks to Nevill's work behind the stumps.

The keeper was involved in a whopping eight dismissals - six catches and two stumpings.

It's equalled the world record for most dismissals by a wicketkeeper in a one-day game, becoming only the fourth player ever to achieve eight dismissals in a single innings, alongside English duo Derek Taylor and James Pipe, as well as South Africa's Steve Palframan.

That record spans every single country's domestic competition, plus one-day international cricket, over a period of over 50 years.

And it's absolutely obliterated the record by an Australian.

The next best by an Aussie in a one-day game is six, with Ryan Campbell achieving it on three separate occasions for Western Australia.

Wade Seccombe, Adam Gilchrist and Brad Haddin have all managed six dismissals in an innings once each.