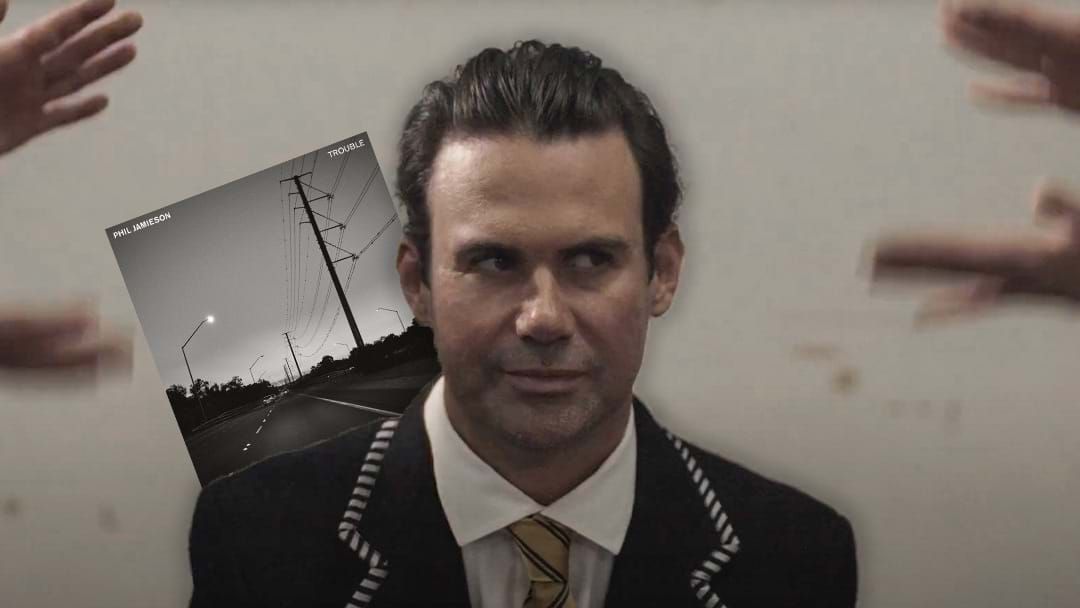 Grinspoon frontman, Phil Jamieson has dropped another single from his forthcoming debut album, titled 'Trouble' and it gets an absolute yes from us here at Triple M.

Phil joined Dave Ferrier on The Greatest, and told us the story behind the track.

Alongside the record, Phil has released a fun music video, with everything from committing a break & enter, to having an existential crisis in the mirror.

"Trouble basically sees me breaking into Newlands Primary School for a band practice with my best mates (and coincidentally touring band - Sam Raines & Rpb Muinos) then basically running amuck on the school grounds. It was tremendously fun to shoot on a late Sunday in Preston. Fabian Holford who I worked with on American Idiot provided the excellent wardrobe and Arlo Cook shot, directed and produced."

"'Trouble' started life in Potts Point in 2019, I demoed with long time collaborator Ben Rosen. He had just moved back from Singapore and had this chic Art Deco place right in the heart of the Cross. Over overpriced beer I kind of came up with the riff and song… and we sat down and pushed out a demo. It had a very different middle 8 section but apart from that the structure was pretty spot on. Lyrically it went through many moods… heartfelt, funny, sad. I think at one stage I was singing about John Laws' boat? Anyhoo… I took it down to Field Studio in Collingwood to redo it from the ground up with the incredible Davey Lane. He wrote the middle 8 and wrote the drum pattern which was played by Evan Mannell up in the Central Coast of NSW and It took on a whole new life and became what you hear today"

Earlier this year in March, Phil released the first single from his forthcoming debut album, titled "Somebody Else".

Phil caught up with Gleeso on Triple M Nights, have a listen here: