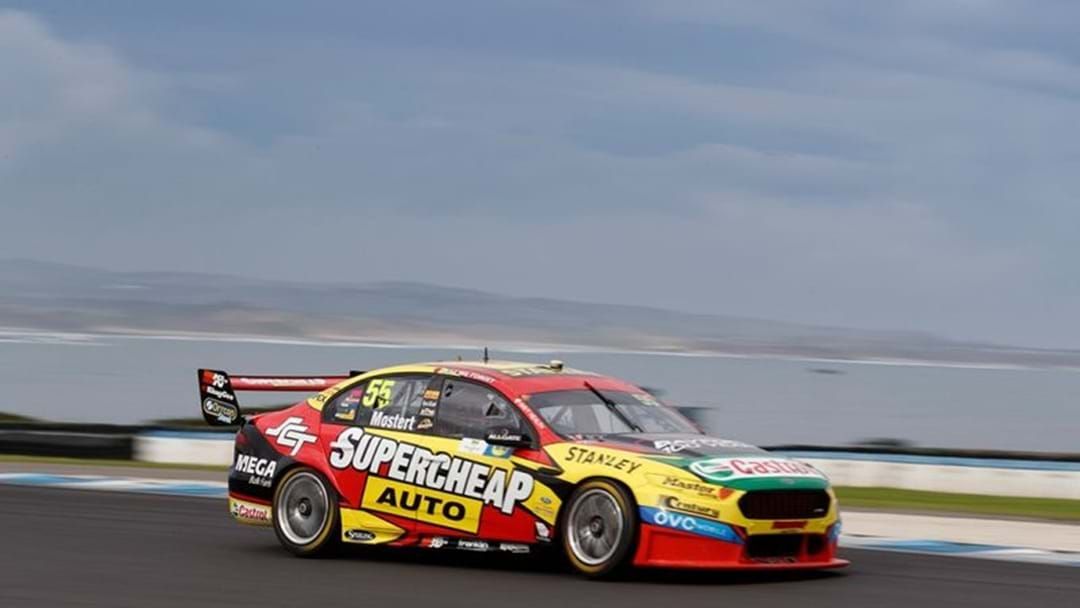 It's one of the prettiest stops on the Supercars calendar, not that the drivers will have much time to admire it at 290km/h.

"I love the view - every time you come over rise on the main straight and look out over the ocean - it’s a dream place to have a racetrack." the Supercheap Auto Racing driver told Supercars.com.

This weekend the Virgin Australia Supercars Championship heads to Phillip Island for the WD-40 500.

It's one of fastest and toughest circuits on the calendar and will see drivers tackle a pair of 250 kilometre races over the Saturday and Sunday.

Laps average speeds of 174 kilometres an hour and only a lap of Mount Panorama is faster.

Mostert admits the set up can either make or break the car's chances of winning.

"The tracks asks a lot of the tyre and the car. It’s very interesting," he ponders.

"Balance through those long, fast corners comes down to having that mixture of aero and mechanical grip with the set-up."

"Sometimes what you can’t achieve with aerodynamics you have to achieve with mechanical grip, and that can be quite challenging."

It's the 29th time the Championship in its various guises has visited the Island and the bloke who's won here the most also happens to be enjoying a return to form this season.

Craig Lowndes has topped the podium 11 times here, with the Autobarn Lowndes Racing driver keen to make it a dozen - if not a baker's dozen - across the two races this weekend.

But he's not the only guy hot for the place.

If that's not enough numbers for you, the Island will also bring up some important milestones.

Bottle-O Racing Driver Mark Winterbottom will bring up his 200th round start in a career that can be traced back to an endurance drive at the 2003 Sandown 500.

Albury's finest - Brad Jones Racing celebrate their 250th round start as a team.

Nissan Motorsport ace Rick Kelly straps in for his 500th Championship race on Saturday, making him just the 6th driver to crack the big 5-0-0.

Expect some sort of drama to entail over the weekend with the Island throwing up some of the most exciting races the series has witnessed over the years.

Last year tyres were blowing up left, right and centre, something Mostert was able to survive.

"Obviously a lot of tyres were going, and to see the team turn that car around to make it a safe car on the tyres and still have good pace was a really good effort."

Ford fans will no doubt be flying the flag high in a week when the blue oval announced the long awaited return of the Mustang in 2019.

As a teaser, a sneak peak of what next year's Supercar might look like has also been leaked.