StuffPlease Enjoy This Bloke Riding His Bike Into A River, Live On The News

Please Enjoy This Bloke Riding His Bike Into A River, Live On The News 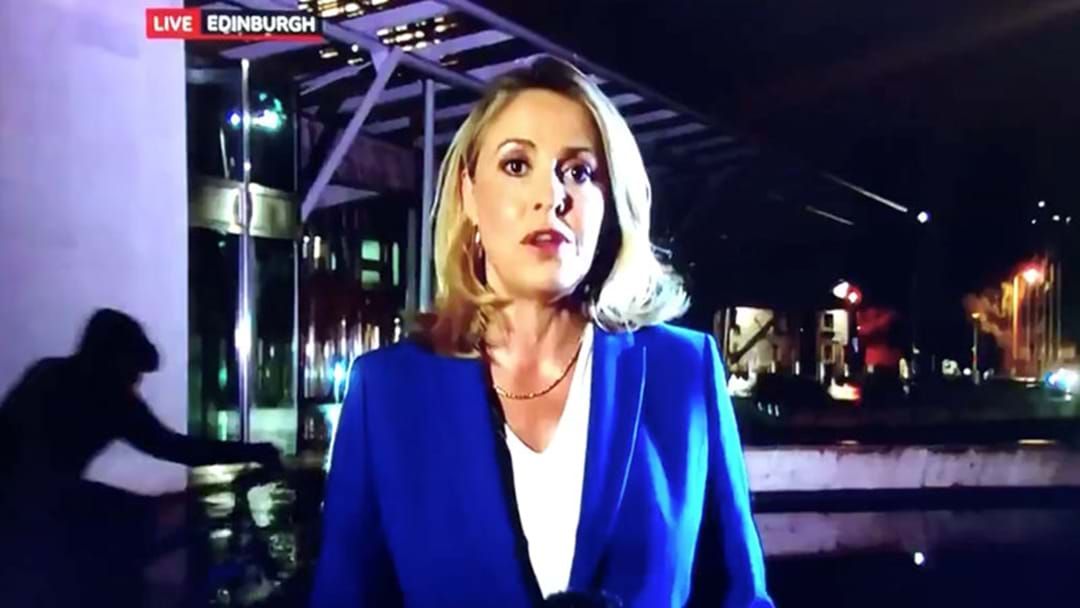 You may or may not be aware of just how chaotic the UK government is in at the moment; there have been resignations, sackings, Boris Johnson's hair and now, the possibility of yet another general election.

They're starting to make us look good, and that's saying something.

And now one bloke has seemingly demonstrated his displeasure by cycling off the path and straight into a river live on TV.

Spotted by eagle-eyed Twitter users, the man can be seen cycling behind a presenter broadcasting live on BBC News before he tips over and plunges into the water below.

Whether it was an accident or a grab for 15 minutes of fame, the unnamed man reportedly walked away unscathed from the incident.