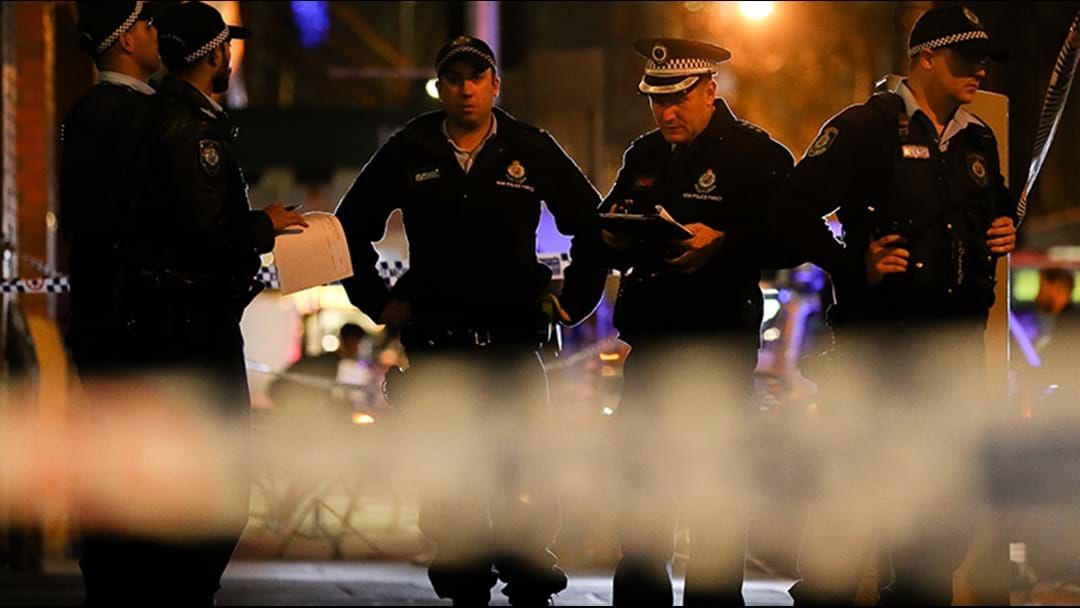 The 20-year-old accused remains under police guard in hospital after undergoing surgery for a laceration to his knee. He's also undergoing a mental health assessment.

Police have called for anyone with CCTV or dash cam footage of the attacks to come forward.

A 24-year-old woman was allegedly killed and a 41-year-old woman sustained a stab wound to the shoulder in the attack. She remains in a stable condition

The 20-year-old accused remains under police guard in hospital .. police have raided properties in Blacktown and Marayong  seizing several electronic devices. Police say the man was arrested carrying a USB with information about terrorist attacks around the world and extremist ideologies.

The man was known to police in relation to a history of mental; health conditions.

Police are yet to lay charges.