Police dog Bally has helped to solve an alleged burglary. 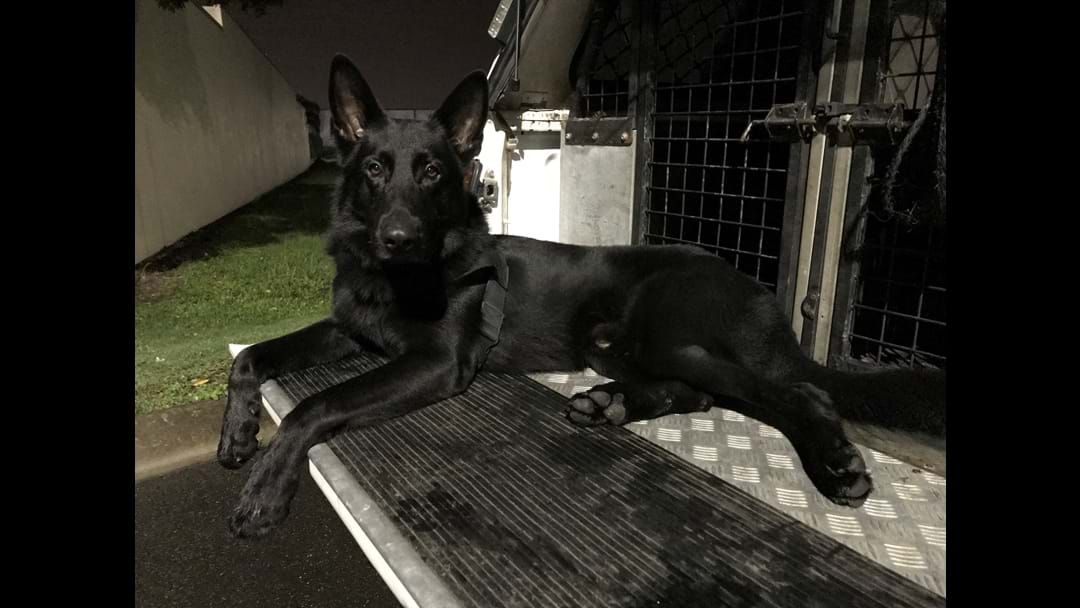 Officers from the Cairns Property Crime Squad charged a 33-year-old Cairns man with one count of burglary today.

Police allege the man gained entry to a unit in McLeod Street, Cairns North at about 10.50pm yesterday via a closed unlocked security screen door.

The woman’s partner continued to chase the man as she called police. Police in the area set up a cordon and sent in PD Bally to track. PD Bally and his handler tracked through streets before apprehending the man in Maranoa Street, Parramatta Park.

Police recovered the woman’s handbag and belongings and the man is scheduled to appear in the Cairns Magistrates Court on June 24.