He crashed into a cop car.. 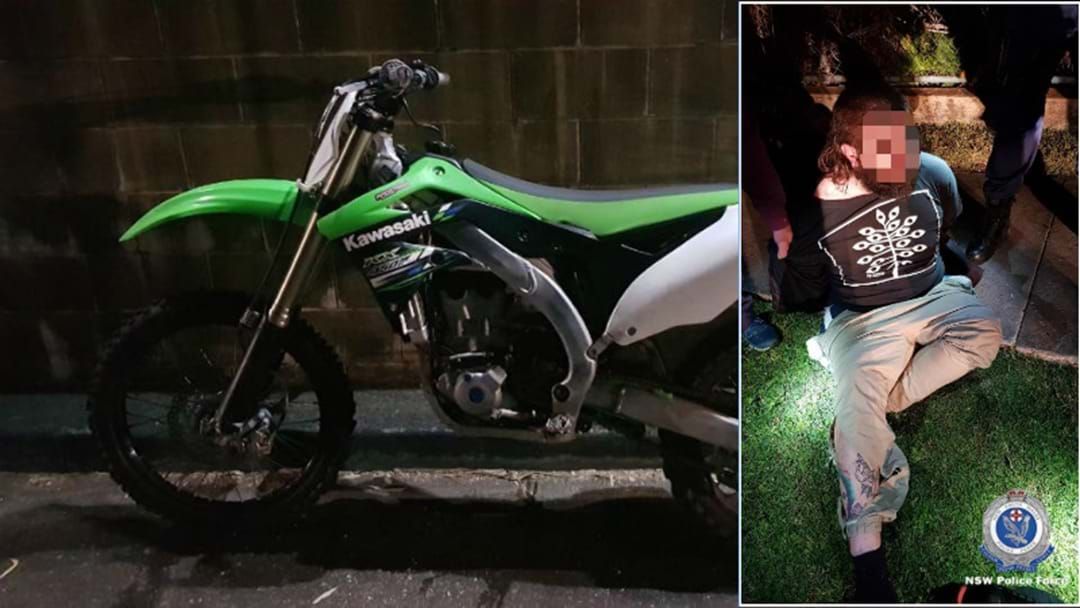 A Weston man out on bail has been arrested after allegedly taking a stolen dirt bike on a joyride through the streets of Lambton.

He was first spotted on Turton Street around 12:29am, riding the bike erratically and at high speed without the lights on.

The 24-year-old ended up crashing into a police car, before officers later found a replica gun in his backpack.

Checks later revealing the bike was stolen from Beresfield two days ago.