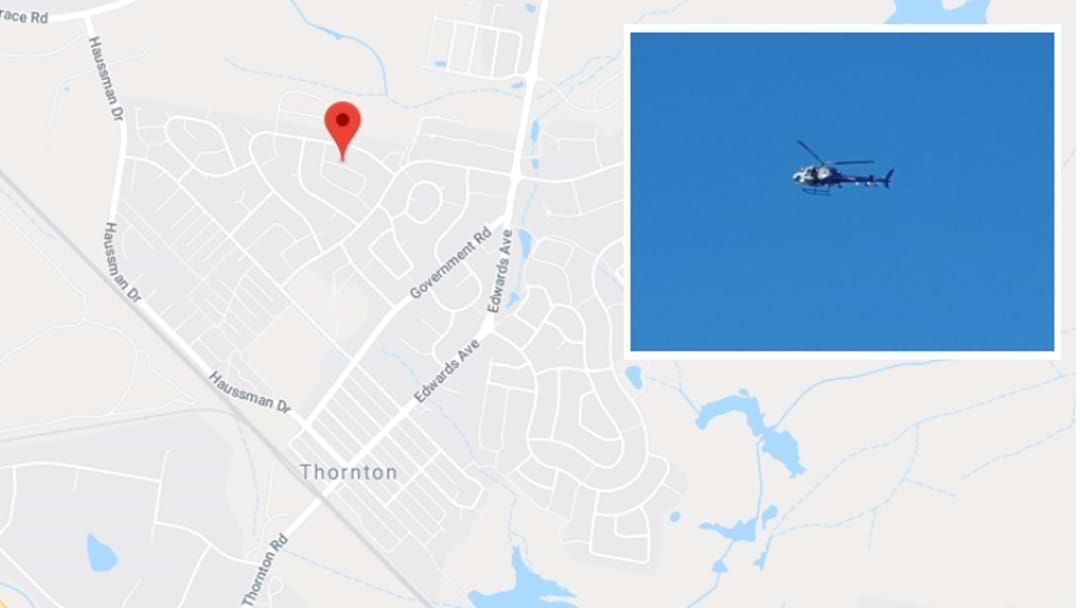 There's been a major police operation in the East Maitland area this afternoon.

Officers responded to reports of violent threats made against a man in a suburban dispute at a home in Pepler Place, Thornton.

The incident sparked a manhunt involving the Dog Suqad and POLAIR helicopter, with nearby schools placed in lockdown as a precaution.

Police have confirmed the operation itself has concluded, however investigations continue with the wanted man still at large.