A gun allegedly pointed at police 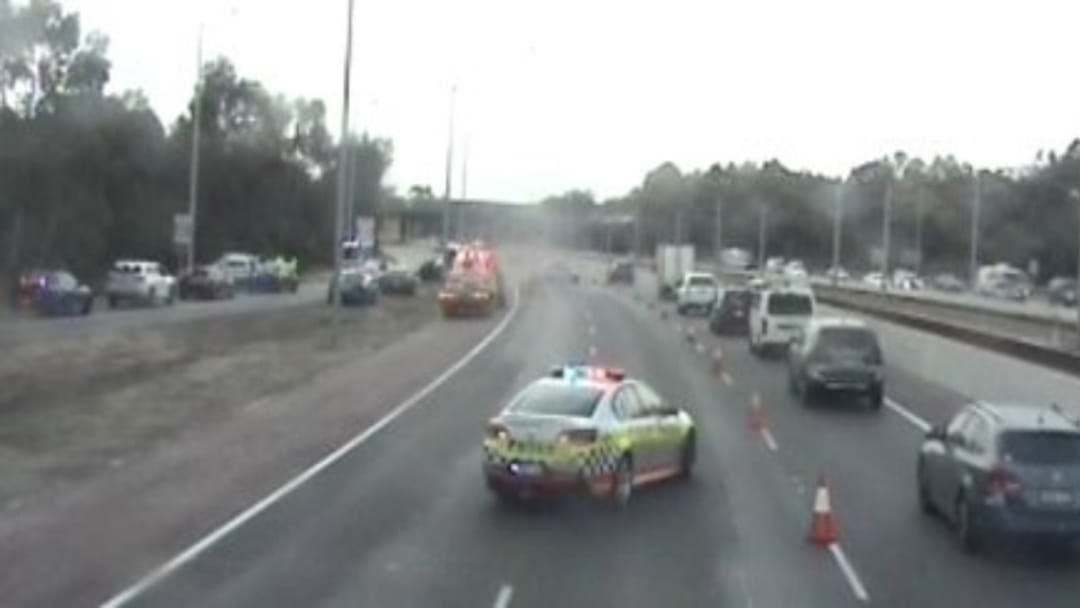 The driver of a stolen Toyota Kluger has allegedly pointed a gun at arresting police, moments after a head-on crash on the Mitchell Freeway.

Police had earlier been pursuing the Kluger, which they have confrimed they were searching for in relation to a number of violent incidents last night.

The chase was aborted several times after beginning in Gnangara around 11.30 this morning.

It eventually ended when the Kluger travelled onto the wrong side of the freeway and collided with an oncoming BMW X5 on the Cedric street off-ramp around midday.

Four people have been taken into custody, including a 33 year old man who allegedly pointed a loaded gun at police as they tried to arrest him.

A female passenger in the BMW was also taken to hospital with neck and chest injuries, but the extent of her injuries is unknown.

The driver of the BMW was uninjured.