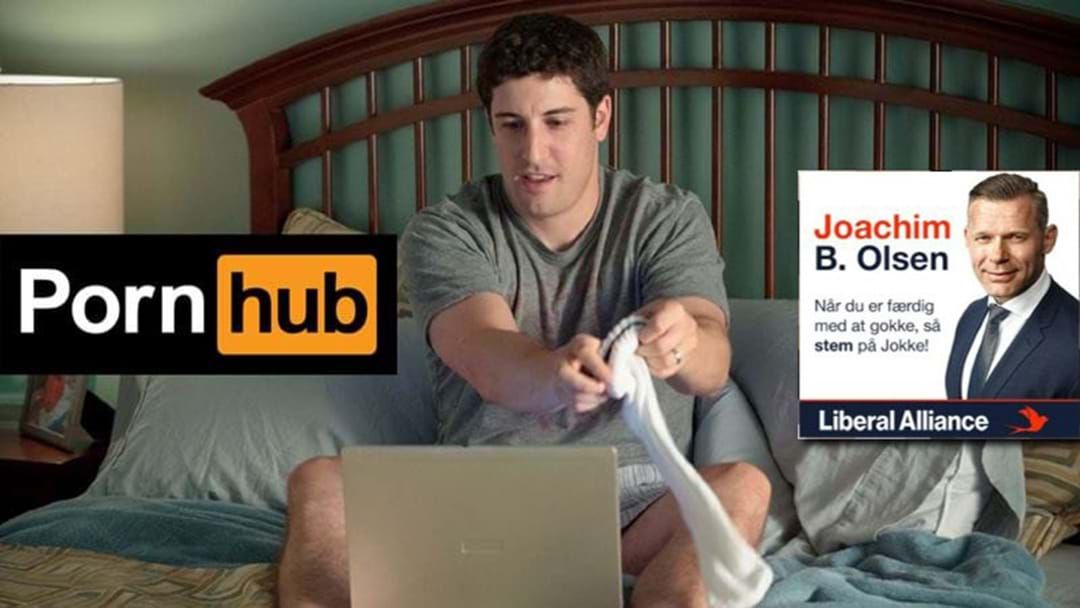 Joachim B. Olsen, a former Olympic medallist, has been a Liberal Alliance MP since 2011 and is determined remain to in office after Denmark's elections on June 5.

And so, in the name of having "a good laugh", an advert now pops up before a user's chosen video, saying: "When you're done wanking, vote for Jokke".

"I know that some people will be aghast. You can't say anything today without some people getting upset. I don't take it very seriously.

"Those who know me as a politician know that I am serious, but I have a sense of humour and think this is a good laugh."