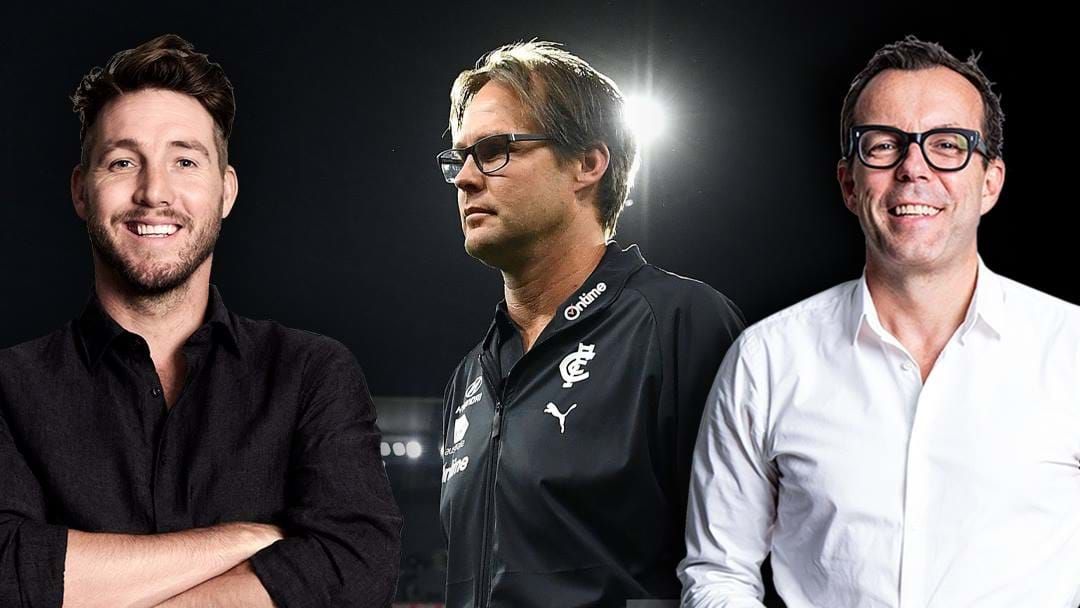 Following the resignation of assistant coach John Barker and current uncertainty at Collingwood, the Midweek rub panel discuss the unfolding situation at Carlton.

An external review will be conducted at Princes Park, the club confirmed in a media statement during the week.

"It's a mechanism to bolster David Teague in the role." Barrett said, in regards to a mid-season review of the coaching panel.

Former Carlton utility Dale Thomas spoke on the 'honeymoon' period he featured in when Teague took over Brendon Bolton in 2019.

"I think it's better to do it now because the results haven't gone the way they've liked this season." Daisy said.

Thomas said there is enough reason to believe Carlton are on the right track.

"Do you still think David Teague is the right man to coach Carlton?" Montagna asked Thomas.