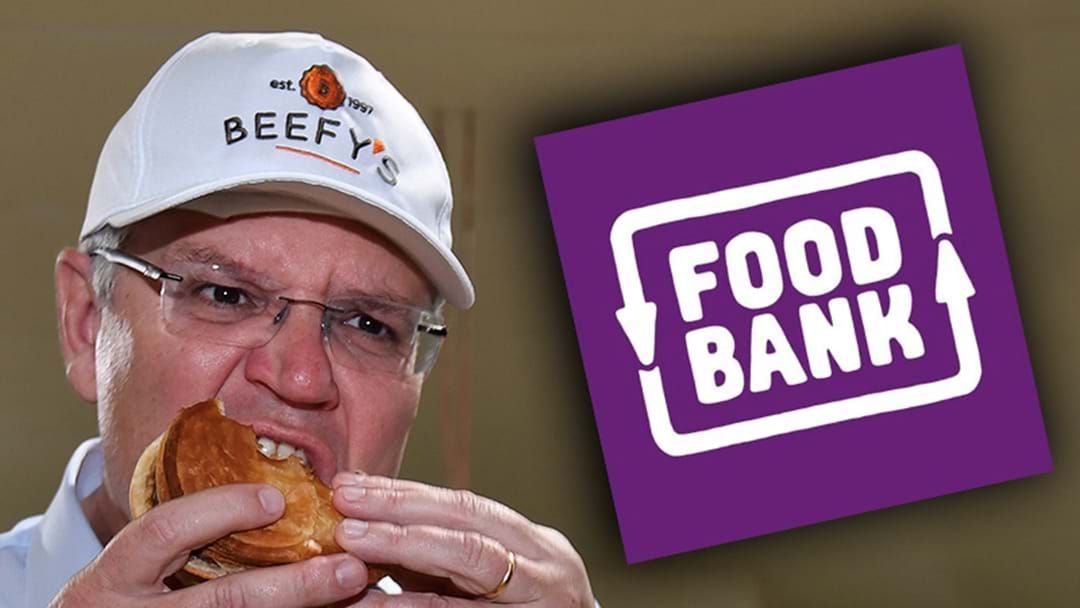 Prime Minister Scott Morrison has reversed funding cuts to the charity Foodbank just one day after they were announced.

Casey was thrilled by the news, which she’d just found out before coming on air.

“I’ve just had some shock news in the last 60 seconds,” Casey said.

“I’m really pleased to report the prime minister has just intervened… he has just given us some certainty.

“We were absolutely devastated beyond belief to think that at this time of year, six weeks out from Christmas, going into a really tough period over summer we would have our funding halved.

“But thankfully after some sustained advocacy and some extraordinary support from people like your listeners, who really understand the importance of organisations like Foodbank… we have all rallied and risen to the call.”

The PM confirmed the news shortly afterwards on Twitter.

Foodbank feeds over 700,000 people a month, of which over a quarter are children, Casey told the ABC yesterday.

The policy reversal means that Foodbank’s funding will be maintained at $750,000 a year rather than the proposed cut to $427,000.

Make sure you download the Triple M app on iTunes or Google Play to stay across our best stuff!