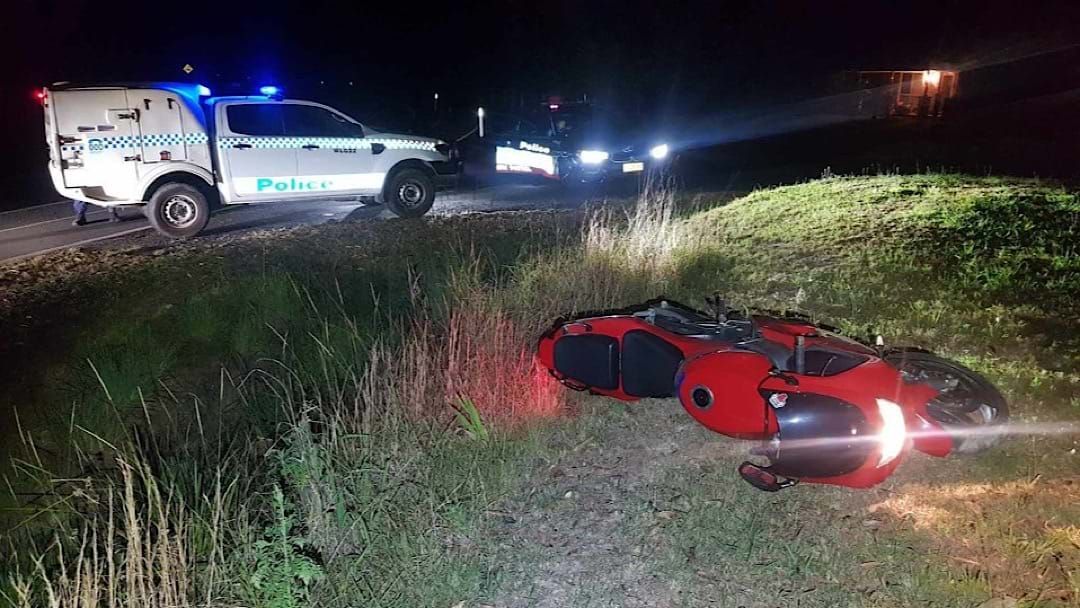 A Queensland man arrested for stealing a motorcycle near Woolgoolga on Sunday night has been sentenced to prison.

Luke Alexander McKenzie, 22, was arrested after he stole the motorcycle he took for a test ride, before reaching speeds up to 250km/h during a pursuit with Police along the Pacific Highway.

Officers later found the man, and bike on the side of Solitary Islands Way near Moonee Beach when Mr McKenzie lost control of the bike.

A search of the area found the 22 year old hiding under a log.

The disqualified driver was charged with a range of offences for driving and drugs.

Mr McKenzie appeared before Magistrate Gibson in Coffs Harbour Local Court on Tuesday, where he was sentenced to 18 months imprisonment, with a non parole period of 10 months. He has also been disqualified from holding a drivers/riders license for 2 years from 19 November, 2019.