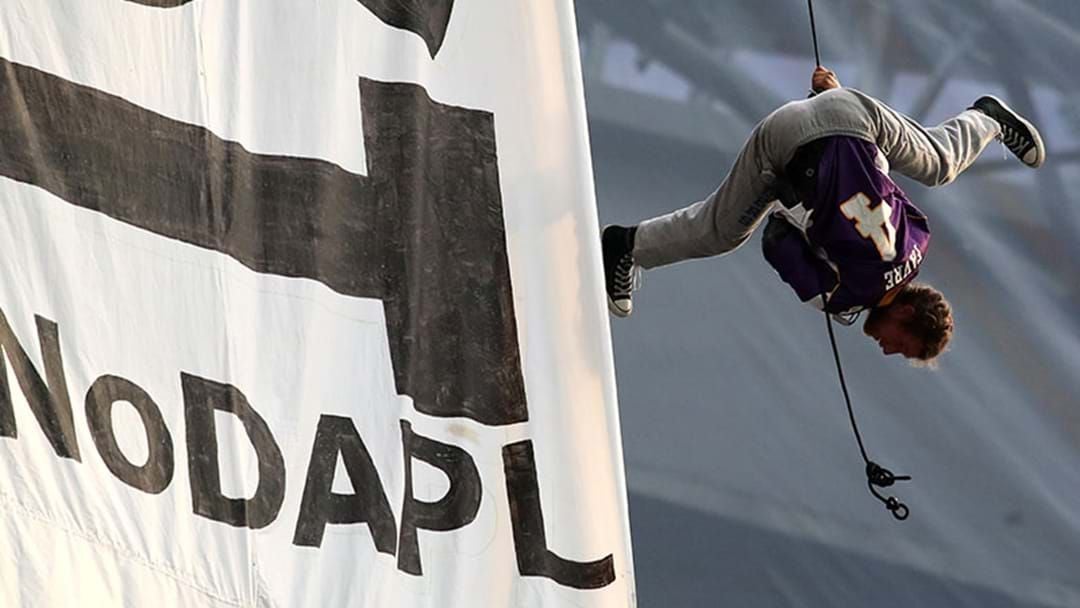 Two protestors have been hanging from a roof at US Bank Stadium in Minnesota with a huge banner to protest against an oil pipeline that that they feel is threatening access to clean water at a Native American reservation.

The protestors reportedly climbed up on the roof and rappelled down to unfurl the banner.

Play wasn’t stopped, but eight rows of fans were cleared below the banner.

The two protestors — one man and one woman — were arrested for trespassing, Minneapolis police spokesman Officer Corey Schmidt said.

The protestors moved into place in the second quarter, about 30 metres above fans.

Evidently Vikings fans given the man’s Brett Favre jersey, they hung there and watched the rest of the game.

Police arrested them after they voluntarily climbed down at the match’s end.