Rapture Nightclub Finally Issued An Apology And Then Promptly Removed It 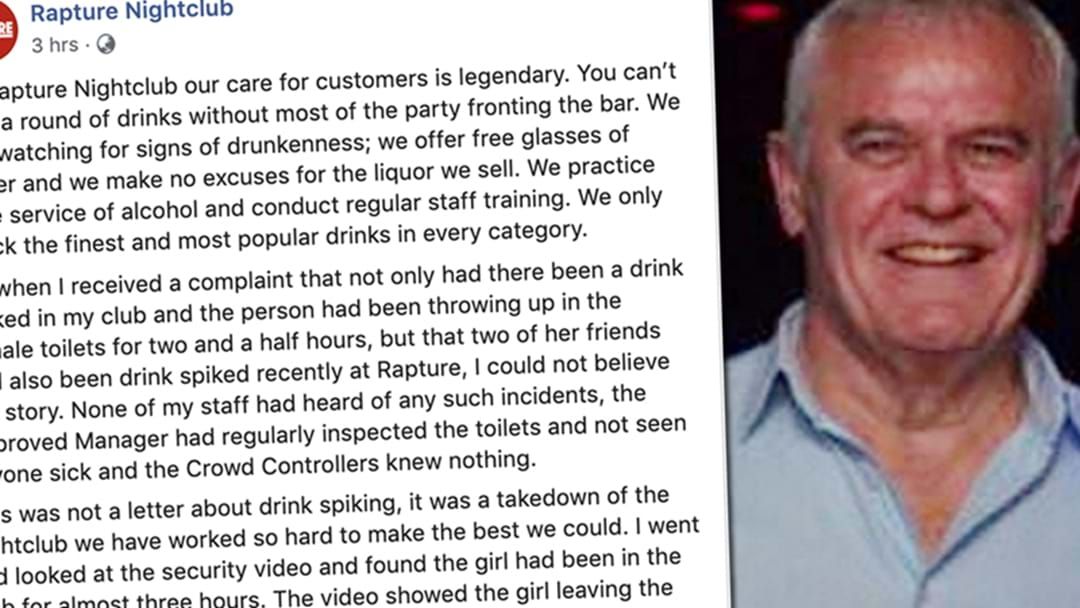 The nightclub at the centre of that drink spiking furore - Rapture Nightclub - has issued an apology via its Facebook page for its handling of the issue... and promptly removed it.

Here was the apology.

If you missed it, Kymba absolutely let fly at Rapture and its initial response to the drink spiking claim. Having been a victim of drink spiking before, Kymba vehemently argued that their response was not on!

You just can't make this stuff up... it's all eyes now on what Rapture's next move will be.