Take the family along! 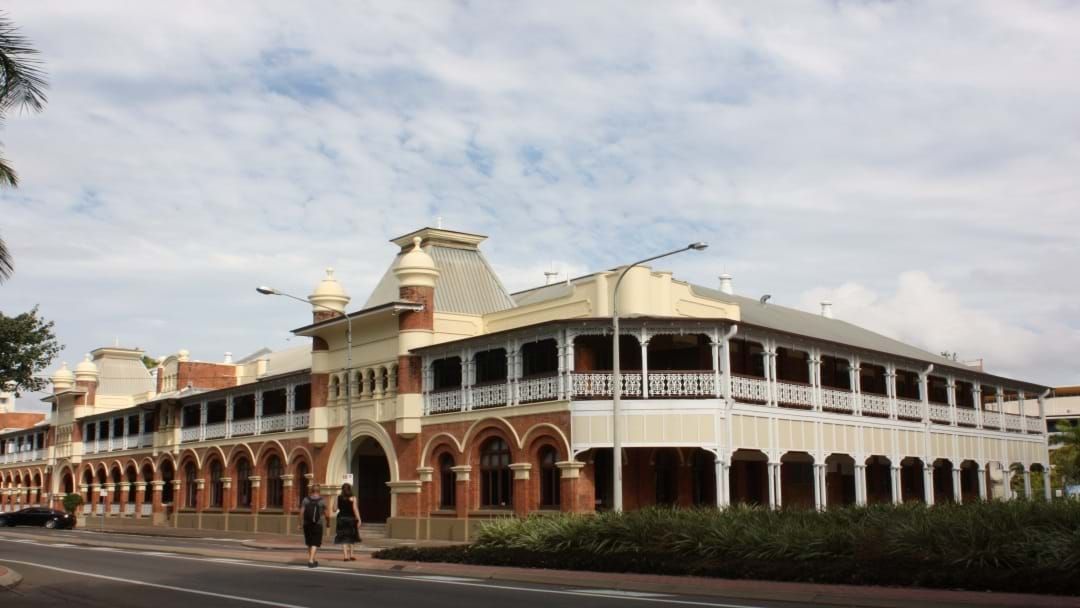 History buffs will get a rare glimpse inside Queens Hotel at Townsville City Council’s Heritage Day on Sunday at ANZAC Park.

The Hotel on The Strand will be open to the public for guided tours for the first time in over a decade.

“The first Queens Hotel was a two-storey timber building built after the gold boom in 1872,” Cr Rehbein said.

“The current masonry façade was part of a major rebuild over several stages between 1902 and 1925.

“The building’s marble flooring, grand staircase and etched glass doors will give people a taste of its rich history.

“This is a great opportunity for history lovers to see Queens Hotel, which was considered one of the best hotels in Queensland.

“It is also an important part of the city’s TV broadcasting history – Telecasters NQ and Channel 10 were based at the building.”

“We’ve moved Heritage Day from West End to The Strand so we could make it a bigger event with more attractions,” Cr Greaney said.

“Heritage Day had grown as much as it could at West End and we wanted to offer people more options.

“The move to ANZAC Park also recognises the bicentenary of the first European contact – a ship carrying explorer and botanist Allan Cunningham and First Officer Frederick Bedwell came ashore to restock and they spotted Indigenous people on Magnetic Island.”

“Wood turning is a great creative process to see – you can watch them transform a block of wood into a wide range of products,” Cr Greaney said.

“It was an important skill in cities and towns across the world and it will be a popular exhibit at Heritage Day.

“We will have approximately 30 exhibitors – including Council’s CityLibraries local collection, James Cook University’s archives, vintage vehicles and a carousel.”

Heritage Day will be open from 10am to 3pm at ANZAC Park on Sunday.