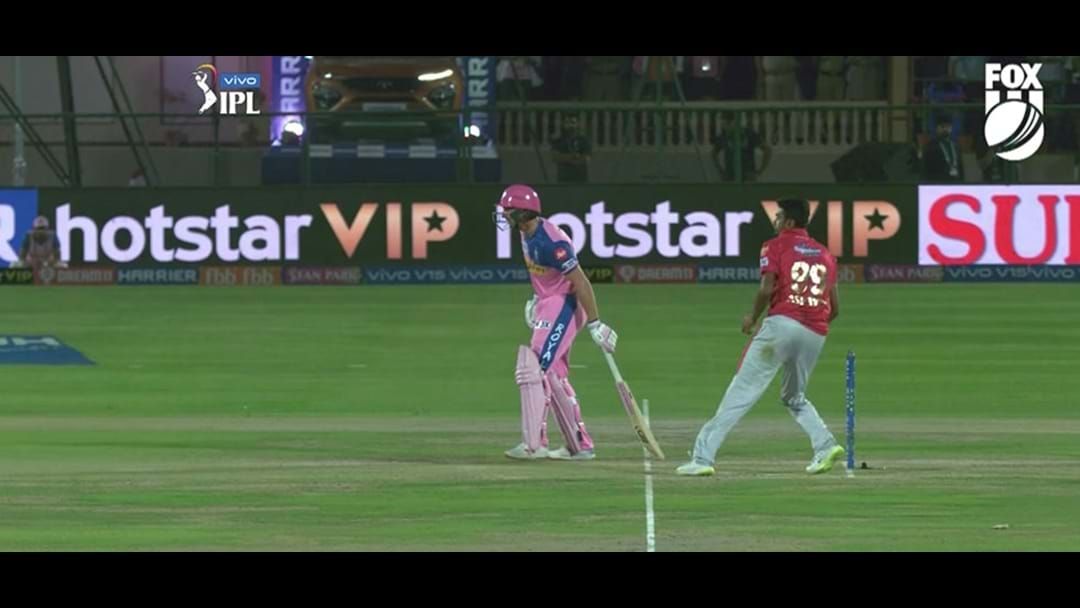 Buttler was at the non-strikers end for Rajasthan Royals when Ravi Ashwin — captain of Kings XI Punjab — ran him out in his delivery stride.

The act has caused controversy because the rules surrounding mankads aren’t completely clear — batsmen are allowed to leave their crease when they can expect the ball to have been bowled, which may or not apply to this case.

The Royals fell apart after the controversial run out, crashing to 9/170 from 1/108 in their chase of 185 after Buttler’s dismissal.