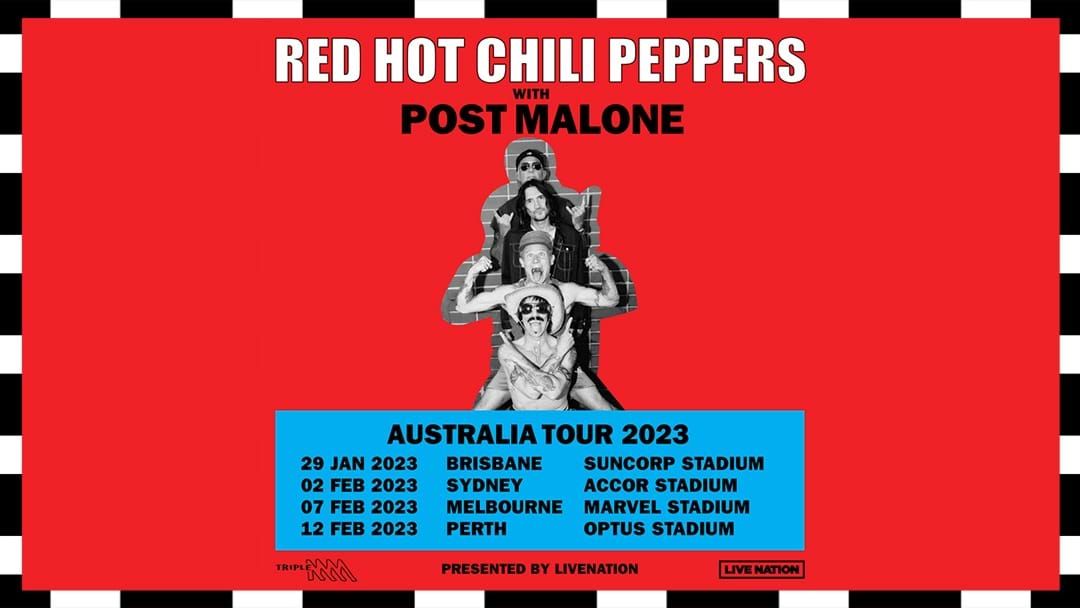 Your eyes don't deceive you! Red Hot Chili Peppers are back Down Under in 2023

We're stoked to announce that rock legends Red Hot Chili Peppers will make their return to Australia for four MASSIVE stadium shows in early 2023. The tour will commence in Brisbane at Suncorp Stadium on January 29 before heading to Accor Stadium, Sydney on February 2, followed by Melbourne’s Marvel Stadium on February 7 and concluding in Perth at Optus Stadium on February 12.

The boys commenced their global stadium tour last month in Spain following the release of their acclaimed new album Unlimited Love, with stops in London, Paris, Dublin, Los Angeles, Chicago, New York, and many more. The tour marks the return of guitarist and all-round cosmic musician John Frusciante to the group, as they perform their career-spanning hits alongside tracks from their new album.

Flea joined us to chat about the release of their first record in six years, Unlimited Love. Flea opens up on his roots in Australia, what it's like to have John Frusciante back in the band, the immense impact of Rick Rubin, and we find out what the Red Hot Chili Peppers record making process is like.

Have a listen to the short clip below:

General public tickets go on sale on Monday July 11 at 12pm in Brisbane, 1pm in Melbourne and Perth, and 2pm in Sydney. For complete VIP, tour and ticket information, Click Here