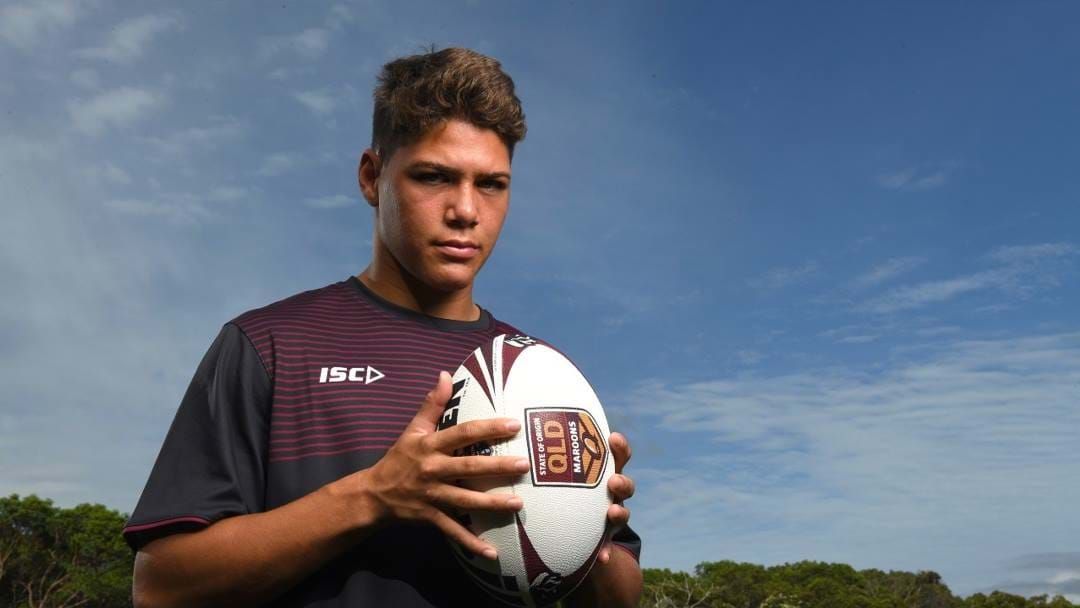 All eyes will be on 18-year-old league prodigy Reece Walsh this Sunday, after he was selected for a Maroons debut in Origin game two.

Maroons coach Paul Green has come under fire for the decision, yet many pundits believe it's a necessary choice after a painful game one loss.

Walsh arrives from local club Nerang Roosters, playing a handful of NRL games for the Warriors, receiving a clearance to compete in Sunday's crucial contest.

The teenager will play in the full back position, with Valentine Holmes set for a shift to the wing.

"He's more of a half back in his younger years, into his teenage years. Played a bit of hooker as well, then got moved into full back and just blossomed." Former president of Walsh's local club Nerang said.

"I think he'll kill it to be honest."

Queensland struggled to keep up with the pressure of the Blues outfit in Origin one, ultimately thrashed by a margin of 44 points - pointing to the call to blood more youngsters.

Walsh left Brisbane earlier this season, and has since played seven games with the New Zealand Warriors

"He's passed every test he's had to go through so far. Good players in the past have come up to that level, particularly around Origin, so I've got confidence Reece will do that for us."

Both Kalyn Ponga and AJ Brimson have already been ruled out of Origin action, carrying injuries that have forced Queensland's hand.

Following selection criticism from commentator Phil Gould, the 18-year-old understands the moment and is ready to go.

"I will back myself 100 per cent. That's what you have to do as a footballer, you can't go out there thinking I'm not ready or I'm going to hold back, you are playing for your mates, your state and your family. I don't want to go out there half-hearted," Walsh told NRL.com.au

"It feels good, I feel really excited to be here, I'm still pinching myself walking around with a bunch of stars. It's pretty special."