Reidy's Mail On Clarko Being Knocked Back For U.S Course

Reidy's Mail On Clarko Being Knocked Back For U.S Course 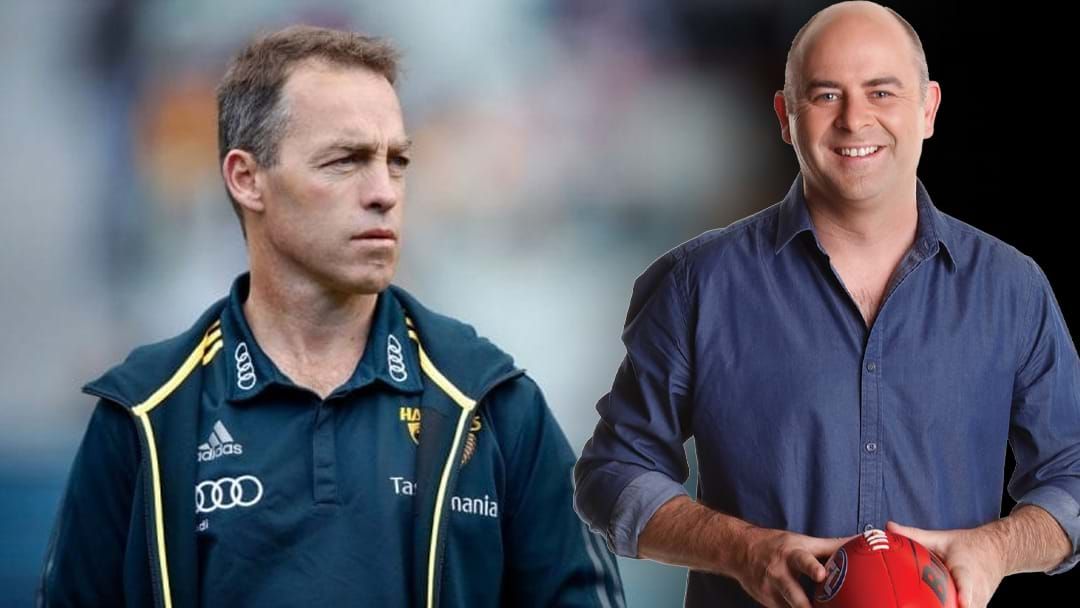 With speculation surrounding Alastair Clarkson's potential return to the AFL coaching ranks, Lachy Reid has delivered some exclusive mail on the Rush Hour with Lachy and Embers.

"I think this could spread across the country.."

Lachy explained that Clarko had plans to move overseas and study in the United States, which has fallen out of favour for the all-time great coach.

"I am told that he did not get into the course he wanted to do overseas. .. So maybe just maybe, Carlton might be coming back into play." said Reid.

Reid added that the Blues had reached out to Paul Roos, however he will be at the Kangaroos, removing his name from the live chances.

"If I'm Carlton I'm back on the phone again."