Reigning Premiers run away with a win at home against Ports 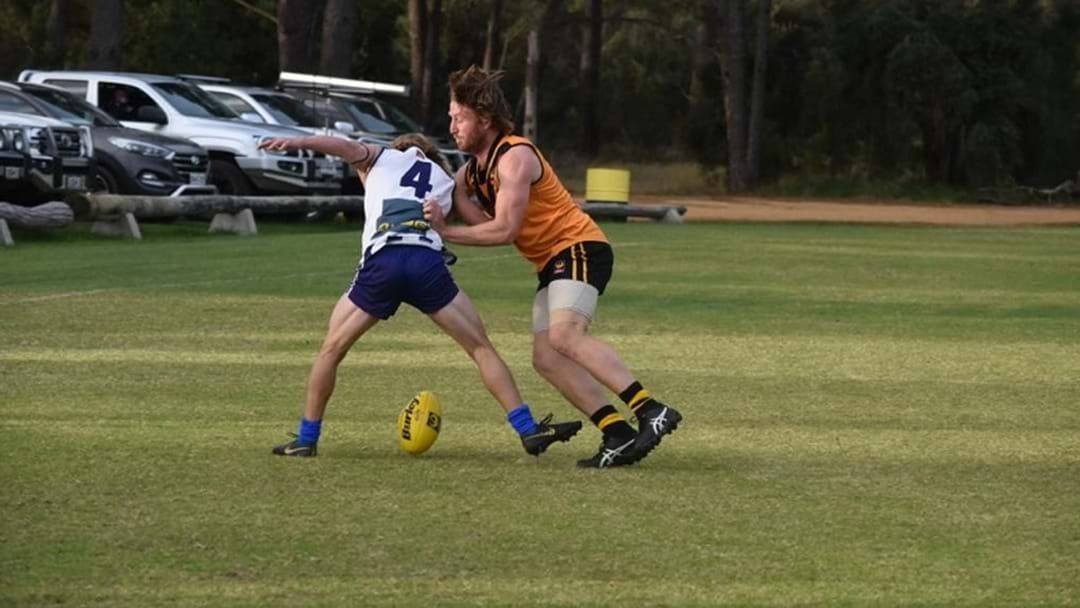 The scoreline flattered the home side but the reigning premier proved to be too strong against a tough Ports outfit, winning 26.15 - 171 to 6.4 - 40.

Coming off the bye you could forgive players for some sloppy skills by foot and hand, but both sides were clean and fierce at the pill in the first quarter. Gibson were only slightly more efficient going forward and would end the term with four goals and keep Ports scoreless. Buckley's class and Liddelow's hardness were both prominent early, with Gibbo's centres standing up to the task set by Ports midfield battery. Smith pressured hard and was mercurial in the forward 50.

The home side would kick with the wind in the second quarter and open up an unassailable lead piling on seven goals to one. McFarlane started to operate up forward kicking a few and the mids led by skipper Curry and Staunton would provide the service.

Curry spoke to Sean about the game on the Sean for Breakfast Show, midway through the audio featured below

Pennington had worked into the game nicely and gave some resistance for the blue and white side, asserting physical pressure and ensuring the Gibson ball carrier was pressured.

After half time Ports would mount a charge and get on top of the Tiger midfielders after playing man-on-man around the stoppages. Wallaby would start getting busy and Pennington would push hard forward to kick two goals. Gibson just won the quarter five goals to four.

Injuries and yellow cards would take its toll on the away side as Ports ran out of legs and Gibson put away ten goals in the final term. Johnston was FAST and kicked a magnificent run and bounce goal, Hallam polished off a fine game and Bridges defied the critics with running goal from the boundary. He would break speed records with the pace he set running towards teammates to celebrate.

McFarlane would push away in the league goal kicking table, finishing with eight. He may have kicked more, he was taken off for the last ten minutes of the game, robbing him of his chance to kick ten.

Buckley and Pennington, who has returned to the side after an absence last year, were both very good. For the Tigers, skipper Curry was best on ground but there were a host of solid players (also the back line was good).

The players will be frustrating with the upcoming bye robbing the competition of any continuity but it will be welcomed by those of us who are coming back from injury.

The next round of fixtures will be on June 22, with Gibson taking on Newtown-Condi at Newtown Oval and Ports taking on Esperance at Espance Oval. Support local footy.