NRL NewsREPORT: Jack Wighton Is Free To Negotiate With Rival Clubs From November 1

REPORT: Jack Wighton Is Free To Negotiate With Rival Clubs From November 1 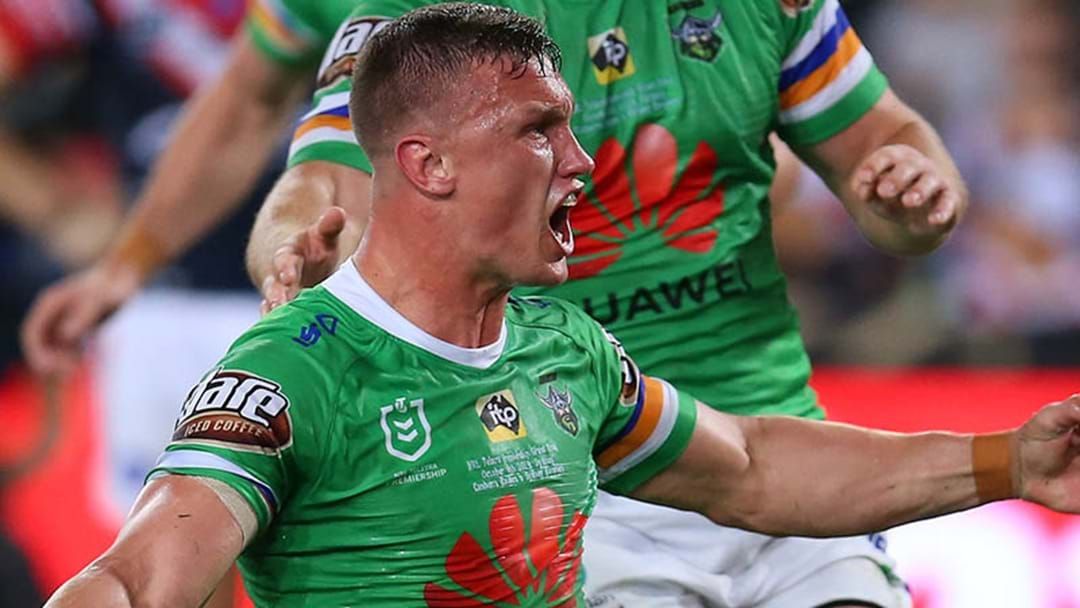 2019 Clive Churchill medalist Jack Wighton is set to hit the open market on November 1, according to a report from The Sunday Telegraph.

The report suggests, Wighton's management have informed the Canberra Raiders he will not be taking up the $750,000 extension set to kick in from 2021.

"This isn’t to say he wants to leave the Raiders," Wighton's manager Matt Rose told The Sunday Telegraph.

"But a lot has happened in his career this year and he’s decided against taking up an option in his favour.

"When he signed the original contract, he wasn’t playing for NSW or Australia and he hadn’t won the Clive Churchill Medal on grand final day.

"I’m not doing my job as his manager unless we can check the market."

The 26-year-old is now 'technically' off-contract as of next season and can join the likes of Jai Arrow, David Fifita and Cody Walker who will all be able to negotiate with rival clubs from November 1 for the 2021 season.

Earlier this week on The Rush Hour, James Hooper revealed the five players set to switch clubs this off-season ahead of 2020; hear the full chat below.