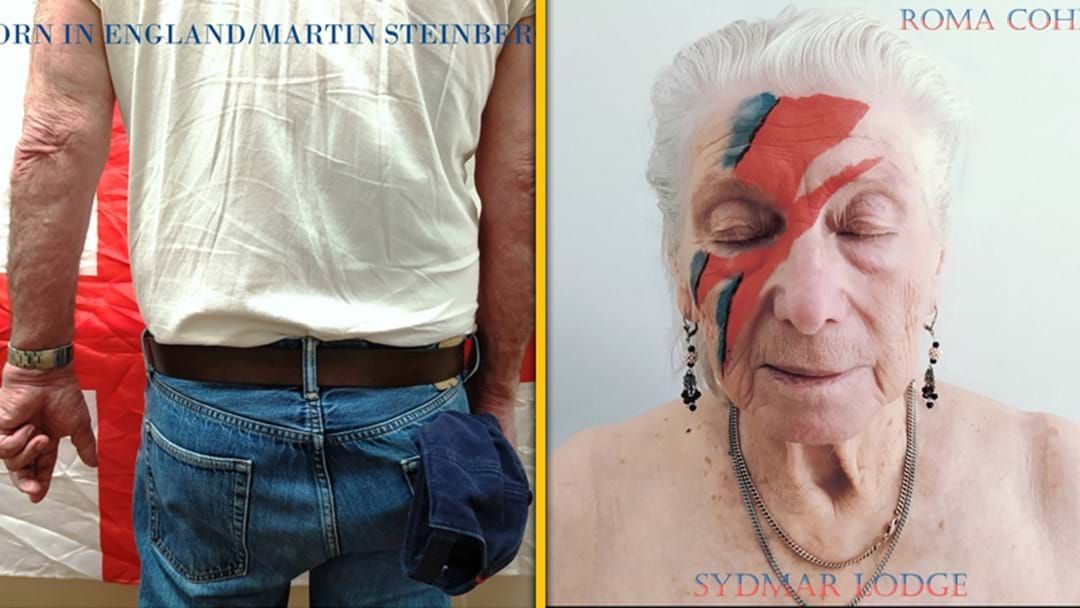 Residents of an aged care facility in the UK have found a rather novel way of passing the time during their months-long lockdown.

The folks at Sydmar Lodge Care Home in Edgware, along with the carers and nursing home entertainment manager Robert Speker, have set out to recreate a series of classic album covers.

Speker tweeted out a number of the photos, which show residents mimicking cover art from Taylor Swift through to The Clash.

Considering that it would have been a make-do-and-mend situation with props and clothing, it's fair to say they've knocked it out of the park.

Bruce Springsteen's Born in the USA becomes Martin Steinberg's Born in England, with the American stripes swapped out for the St. George's Cross, while four carers have found the perfect under lighting - and hairdos - for Queen's II.

Even the make-up and tattoos are as accurate as possible; one unnamed resident has that ubiquitous blue butterfly from Enema of the State, while another has recreated David Bowie's iconic make-up and hair from the cover of Aladdin Sane.

Speker's tweets and photos have been racking up likes and comments in the last 48 hours, with plenty of calls for the photos to be turned into a calendar.

More than anything, though, it's a lovely - and timely - reminder that a love of good music is ageless.

Live music is back, Guns N' Roses are recording, Nikki Sixx spills the beans on the Motley Crue world tour and more, this is all that matters in Triple M Rock News this week: