NRL NewsREVEALED: The Bulldogs Have Set Aside A Whopping Amount To Sign Semi Radradra

REVEALED: The Bulldogs Have Set Aside A Whopping Amount To Sign Semi Radradra 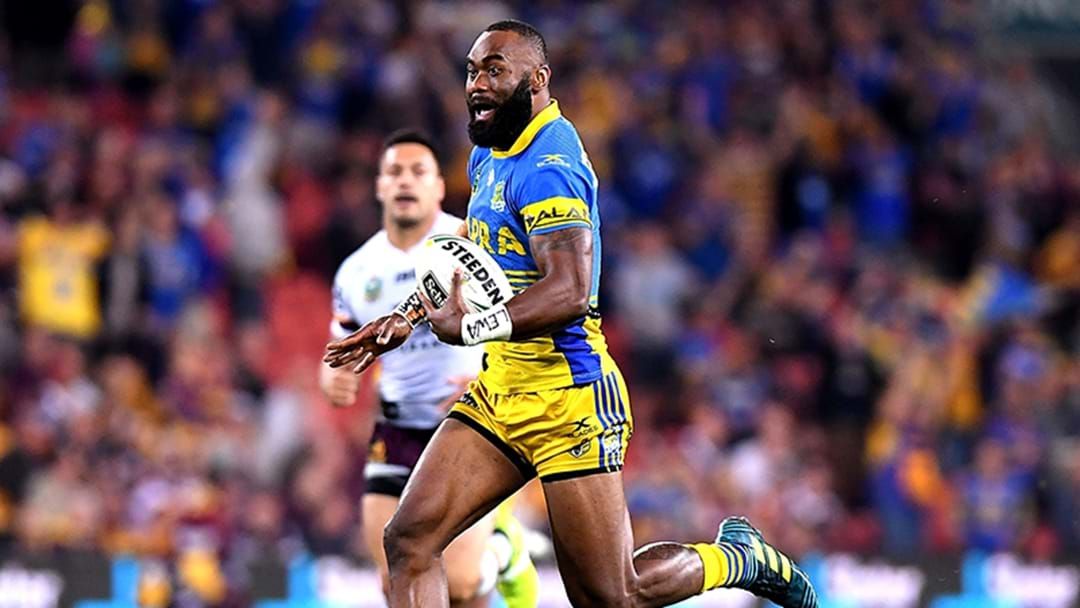 The Canterbury Bulldogs have set aside a whopping amount of their salary cap in an attempt to lure Fijian flyer Semi Radradra back to the NRL.

Bulldogs Chief Andrew Hill confirmed reports this week he met with the former Parramatta Eel but told The Australian it was only an “introduction.”

However, it has now been revealed the club are ready to offer the 27-year-old a monster deal from 2021, once he finishes his commitments with the Fijian rugby union national team at the Olympics next year.

"That’s a lot of money to pay a winger but he puts bums on seats,” Triple M’s Mark Geyer added when told of the news.

The future of Dragons coach Paul McGregor has also been revealed with his tenure as head coach of the club to be determined by this weekend’s result; hear the full chat below.