It's what you need! 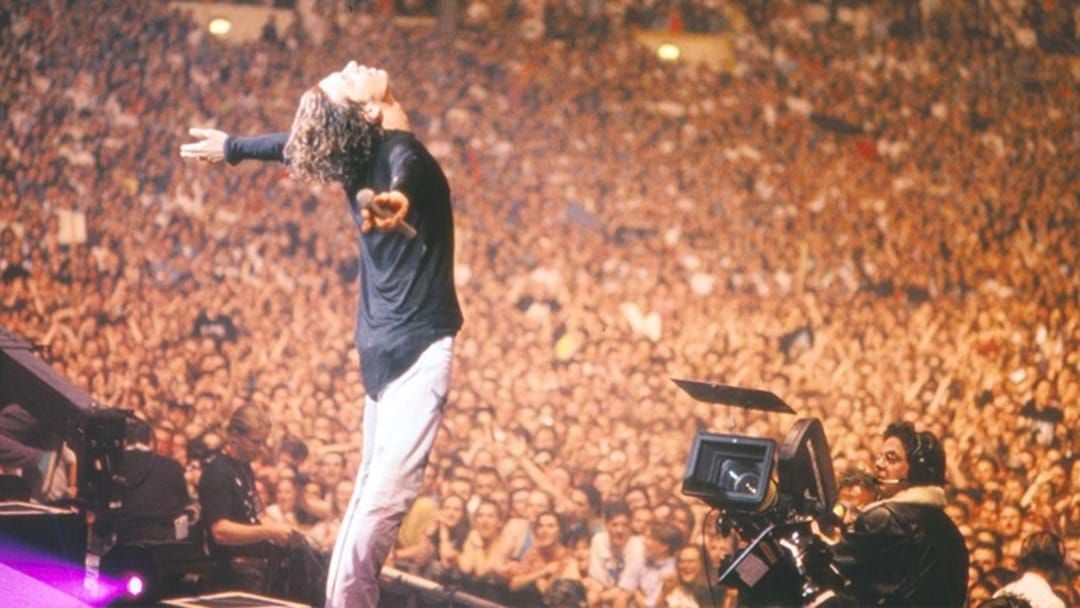 It's no secret that this reviewer is a massive INXS fan, but after seeing the cinematic release of their epic 1991 Summer XS gig at Wembley Stadium, Live Baby Live, this little reviewer is channeling the great Molly Meldrum when he says "do yourself a favour"!

Seriously, it's that good!

For the uninitiated, the concert was a blockbuster gig filmed at the iconic English venue when INXS were at the absolute peak of their powers. At the time, the band took a punt on essentially sacrificing their earnings from the gig to get in acclaimed music filmmaker David Mallett (Queen, David Bowie, AC/DC, The Rolling Stones and more) and film the gig on 35mm film, across 17 or so cameras including one in a helicopter.

That decision, all those years ago, has paid off in spades with the digital restoration of this amazing show... literally a note perfect, sublime performance which features pretty much every INXS song you probably know and love**

** Except for Don't Change... about the one time in their career they didn't close with their signature closer.

For fans of INXS, the re-release is well worth a trip to the cinema, if you can find one that's playing it. Not only is the footage that much clearer and in glorious widescreen, there's also been some slight edits to the performance. Enough difference to make it different from the original release, if that makes sense?

Besides, this new version features a "lost" track, a ripping performance of their track Lately, off the X album.

For music fans in general, particularly if you love your Aussie music, this is a must. As Tim Farriss told Melbourne's The Hot Breakfast in the lead-up to its release, it was basically 6 blokes on stage with a PA, some lights and that's about it. No backing singers, no grand piano wheeled out for the ballad, no ego ramps, as he put it.

Just 6 blokes from Australia. Rocking it out!

The other reason to go and see it in a cinema (if you can) is for the re-mix of the audio. The band proudly spruiked that watching it in a cinema will make you feel like you're in the crowd, thanks to the Dolby Atmos remix by a certain Giles Martin.

Forget about being in the crowd. The cinema experience makes you feel like you're ON THE STAGE! Every instrument, every note, is crystal clear and right there in your face.

Much of this performance will focus on just how bloody good Michael Hutchence was. The late, great frontman gives an unbelievable performance, literally flirting with the crowd at every given chance. This movie highlights just how tragic a loss to music his sad, untimely death was.

What mustn't be ignored though is just how good his brothers in the band were too. As Tim mentioned to Eddie in the interview above, they were knocking stadiums out of the park back in the early '90s. This was the one they chose to film. You can tell, watching this again, that the boys from the northern beaches of Sydney knew they'd come a long way from all those pub gigs, at all those Aussie locations, all those years ago.

INXS: Live Baby Live is a masterpiece and something every music fan should make an effort to go and see in all its cinematic glory. If you don't end up getting to a cinema, buy it on DVD and take it round to your mate with the ding dong theatre room. Trust us, you'll love it.