Rock NewsREVIEW: U2 Finish Off Their Epic Joshua Tree Tour With An Absolute Banger In Perth

REVIEW: U2 Finish Off Their Epic Joshua Tree Tour With An Absolute Banger In Perth

What a night at Optus! 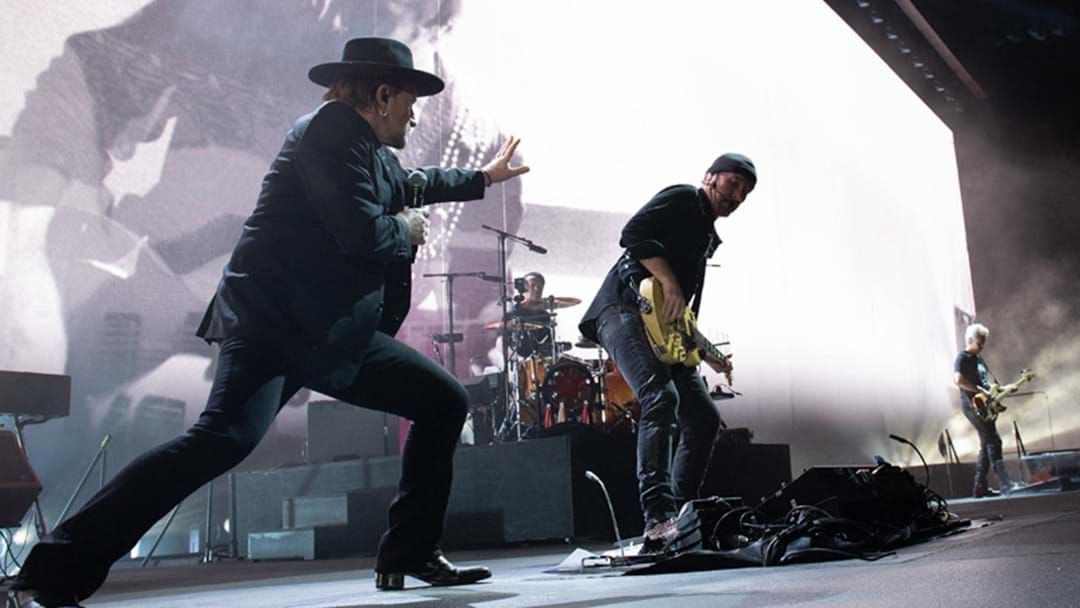 After weeks of watching the rest of the country frenzy over the legendary U2 and their amazing tour celebrating The Joshua Tree, finally, it was #Perth's turn and the anticipation was palpable.

Finally, our new(ish) stadium would host arguably the biggest stadium rock band in the world. What a night it promised to be.

Of course, after two odd hours celebrating one of the biggest bands the world has ever seen, the night was all that and everything more. Quite frankly, U2 were bloody amazing and the wait was well and truly worth the while!

Of course, Noel Gallagher kicked things off and although he didn't say much, he certainly set the mood for things to come. Ending with a Beatles classic, genius!

When the house lights went down and the PA cranked up to the sounds of The Waterboys' The Whole Of The Moon, we knew, it was time. When that familiar, epic run of snare hits from Sunday Bloody Sunday reverberated around Optus Stadium, U2 were here and yes, the crowd reacted as expected.

Of course, this tour was built to celebrate their 1987 masterpiece The Joshua Tree, and symbolically, that's how it played out. The band played a few of their early hits, all on the small stage, right in front of a massive shadow of the Joshua tree  hanging over them. It was like a trip back in time, watching a band play a small stage but knowing that things would explode for them off the back off one very special album.

When the tree lit up and the boys launched into Where The Streets Have No Name, it was the official beginning of said celebration of said album.

Once again, the crowd responded in kind.

Hearing these songs again in a live environment, it's easy to see why The Joshua Tree was such a worldwide smash back in the late '80s. Unlike many of their peers at the time, their songs stand up still to this day.

Obviously, when you're U2, you can't celebrate just the one album. There's too many hits to play. So, once the final track from The Joshua Tree echoed throughout the stands, the haunting Mothers Of The Disappeared, we were back into U2's extensive back catalogue.

And what a back catalogue. Elevation, Beautiful Day and Even Better Than The Real Thing all got their time to shine (amongst many others).

It's got to be said, their celebration of powerful, strong women throughout the underrated Ultra Violet (Light My Way) was simply excellent. "History becomes Her Story", nice!

It's also got to be said that the screen and "show" surrounding the band's performance was awesome. It felt like this show was more about the music and the musicianship. There was a distinct lack of sequencing and the central theme of the band, playing as a band, rang true.

Fittingly, U2 finished with their beautiful song One. A sage choice to end what was an epic night in #Perth.