StuffRicky Gervais' Golden Globes Speech Was So Savage, It Made Tom Hanks Make *This* Face

Ricky Gervais' Golden Globes Speech Was So Savage, It Made Tom Hanks Make *This* Face 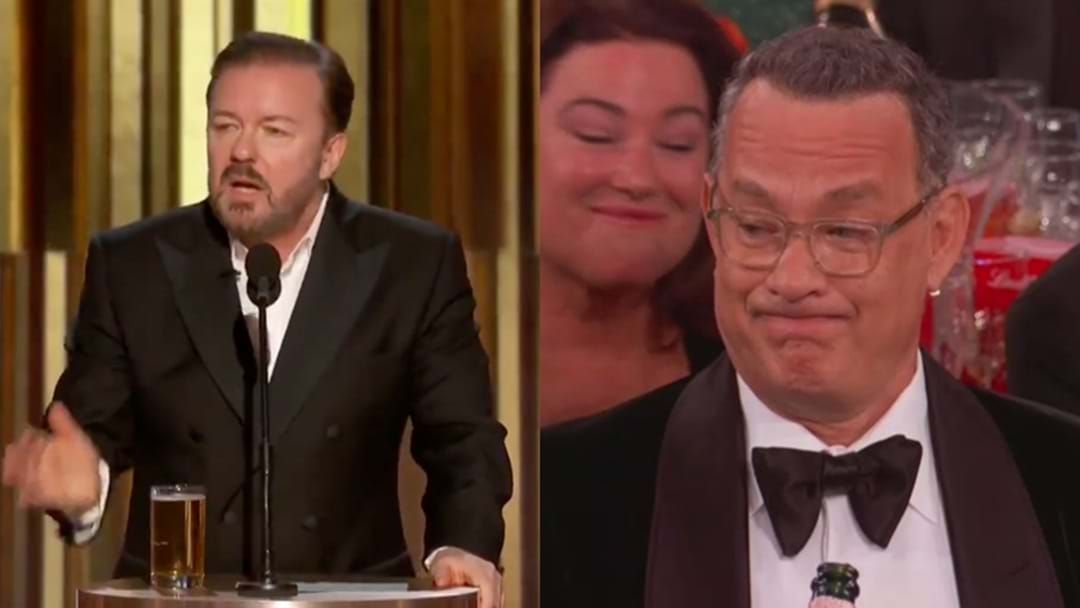 The producers of the Golden Globes have put everyone in Hollywood through yet another eight minutes of forced laughter at their own expense by bringing Ricky Gervais back to host for the first time since 2016.

It's the fifth time in total that Gervais has hosted the awards show - from 2010 to 2012, and then again in 2016 - and he certainly hasn't lost his ability to roast the who's who of Tinseltown.

In fact his opening monologue was so savage, it caused Tom Hanks, the most charming, gentle man in the industry, to pull this face.

Wondering what joke it was that tipped Hanks over the edge?

Well it wasn't when Gervais said that Felicity Huffman, who recently spent time in prison, made his limo licence plate.

Nor was it when he took the piss out of Leonardo DiCaprio's penchant for younger women, quipping: "Once Upon a Time in Hollywood, nearly three hours long. Leonardo DiCaprio attended the premiere and by the end his date was too old for him."

No, it was when Gervais dropped the f-bomb when ranting about actors working for companies "that run sweatshops in China".

"You're in no position to lecture the public about anything," he said. "You know nothing about the real world. Most of you spent less time in school than Greta Thunberg.

"So if you win, come up, accept your little award, thank your agent and your god and f*ck off."

You can watch the whole thing below, or skip to 7.20 to watch Hanks physically recoil.