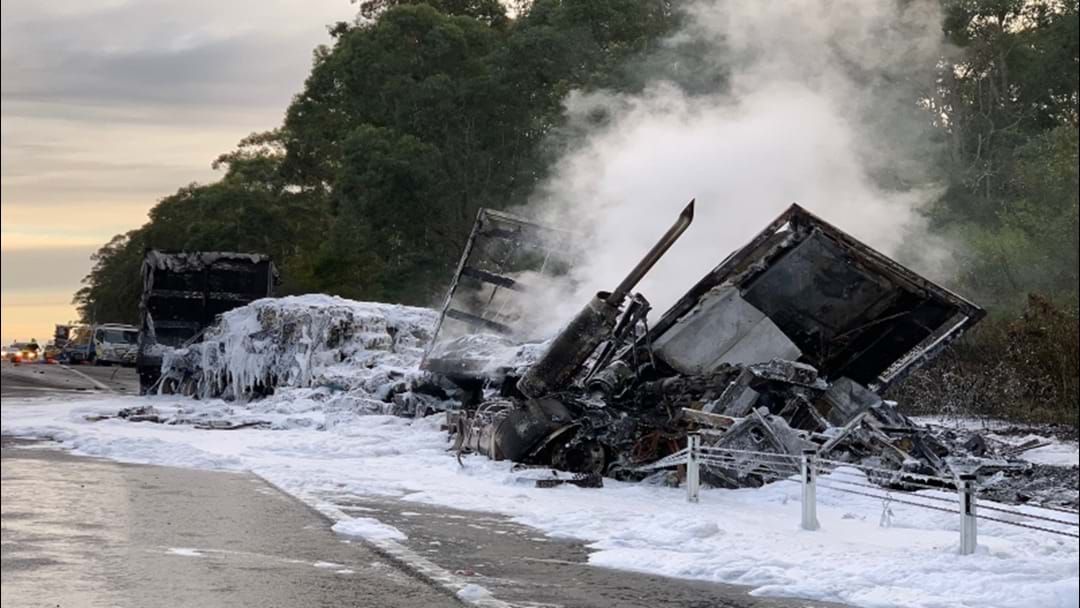 Both workers were taken to hospital, one man’s condition is considered serious.

The truck driver managed to escape after his semi burst into flames on the M1 at Kangy Angy, near Wyong. He has been taken to hospital for mandatory testing.

Traffic chaos on the Coast following fiery crash on the M1