Rob Thomas Gets INXS Legend On Stage For A Good Old Fashioned Singalong! 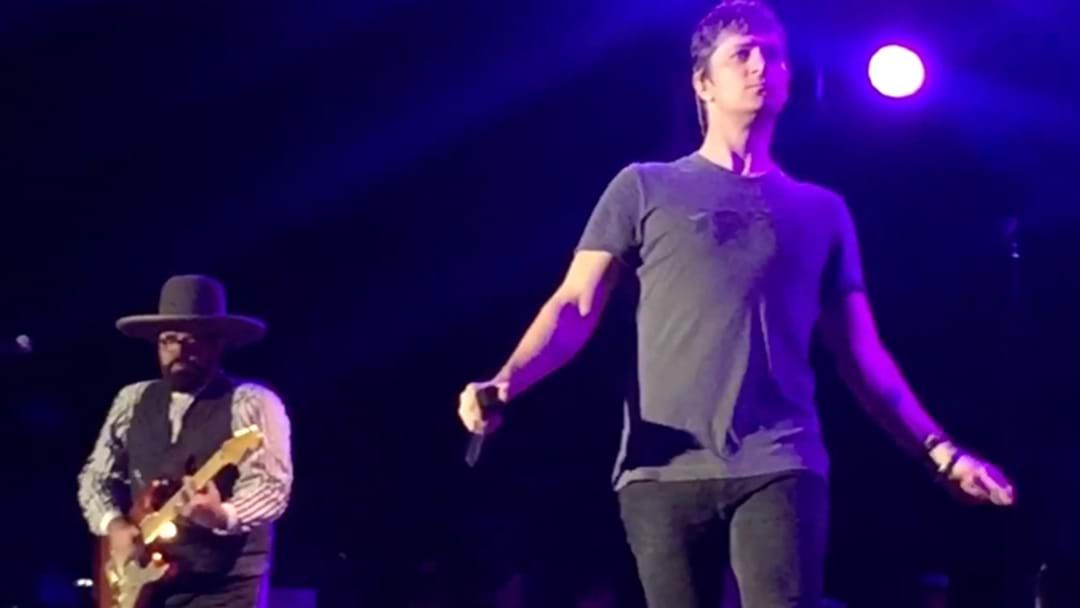 It's no secret Matchbox 20's Rob Thomas and INXS are mates... they go way back... but Rob's gesture during his weekend show in the Hunter Valley only goes to highlight how true the friendship is.

Thomas invited INXS' Andrew Farriss up on stage to perform a version of arguably INXS' most "known" song, Never Tear Us Apart, and it was everything you'd expect. One giant singalong with friends.

A poignant performance in the week of the anniversary of Michael Hutchence's sad, untimely death all those years ago.

Of course, both Rob and Andrew are forging their way as solo artists, Rob is currently touring this great nation with his Chip Tooth Smile show.

Farriss has a new album coming out early next year, going down the country path.

That being said, if INXS and Rob were ever to think about partnering up, we'd be all over it, if their version of Original Sin is anything to go by.

Rob Thomas continues his lap of the map with shows coming up in Melbourne (tomorrow night) and Perth (this Saturday).