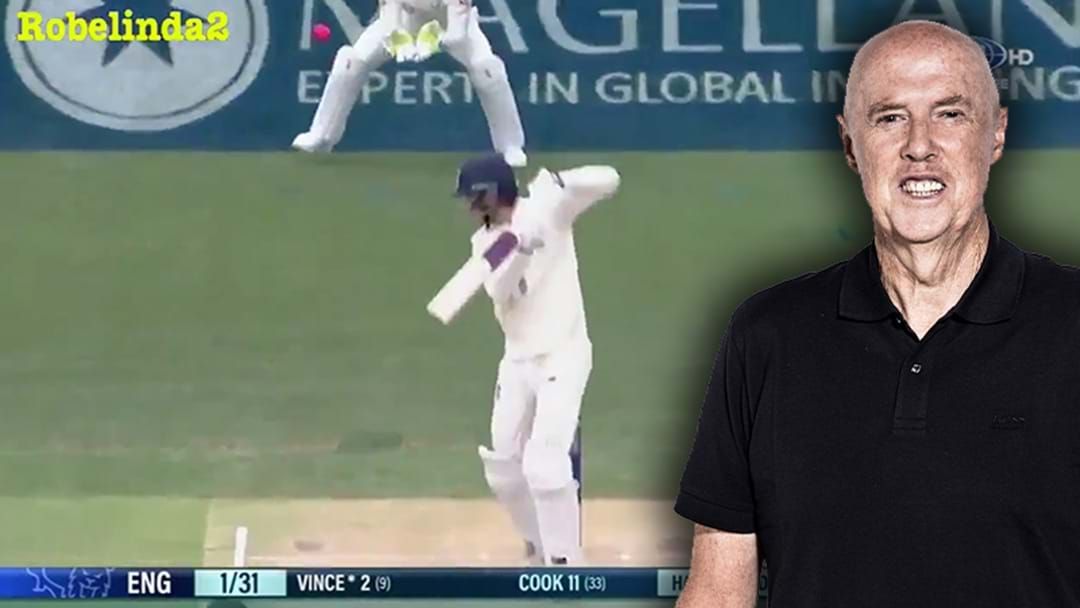 Aussie cricket YouTube legend Robelinda2 is at it again!

This time he’s synched up some classic commentary from Kerry O’Keeffe on Triple M Cricket’s 2017/18 Ashes coverage with the wicket he predicted.

The vision is from the second Test of the 2017/18 Ashes in Adelaide, with Skull suggesting that James Vince is a perfect candidate for nicking off.

Within three balls Hazlewood bowled one that drew — you guessed it — a nick from Vince, straight through to Tim Paine.

“Massive nick through to the keeper, James Hazlewood gets Vince, and Skull, bloody hell! Picked it like a dirty nose!”

Catch up on some of Skull’s best work with his famous Toowoomba farmer joke from Triple M’s coverage of the 2017 Ashes:

Make sure you subscribe to Triple M Cricket so you never miss anything!