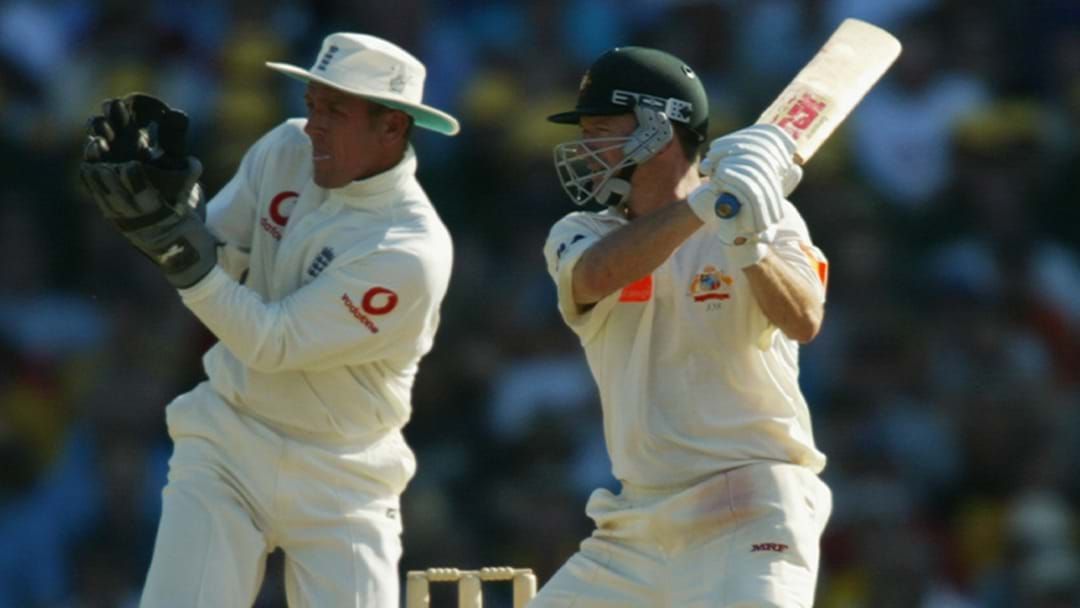 One of the most famous moments in Ashes history is Steve Waugh belting a four on the last ball of the second day of the 2003 SCG Test.

He was on 98 and facing the last ball of the day after Adam Gilchrist got a single to get him on strike.

He punched the ball from spinner Robert Croft through the off side to the cover boundary for four, cementing his reputation as one of the most clutch performers in cricket history.

Legendary cricket YouTuber Robelinda2 has synched up the vision of that famous ton with Kerry O’Keeffe and Jonathan Agnew’s ABC commentary — and Skull is in fine form.

"Stuff the silver, we come for the gold," is one of Skull’s better lines.

Australia went on to lose the match due in part to an epic third innings 183 from Michael Vaughan, but it didn't matter - we'd already won the series and it ended 4-1.

Catch up on some of Skull’s best work with his famous Toowoomba farmer joke from Triple M’s coverage of the 2017 Ashes:

Make sure you subscribe to Triple M Cricket so you never miss anything!