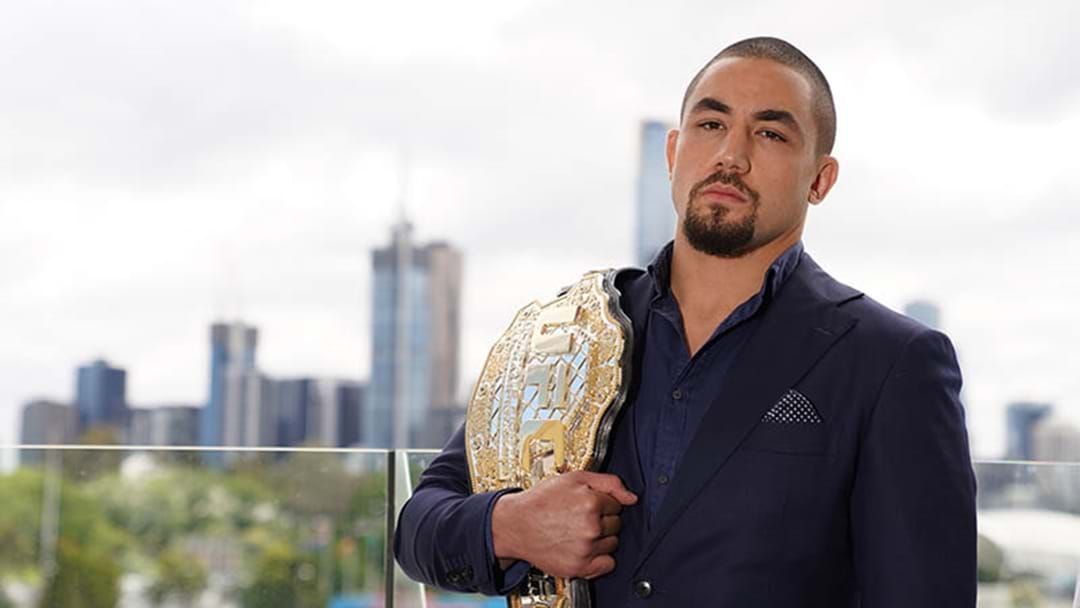 UFC Middleweight Champion Robert Whittaker has released a statement after he was forced to withdraw from his scheduled title defence against Kelvin Gastelum at UFC 234 in Melbourne this afternoon.

Taking to Instagram, Whittaker's management on behalf of the Champion, detailed exactly why he was forced to withdraw.

"Rob is out of duel surgery for a twisted and collapsed bowel in addition to an internal hernia of the intestine and will be recovering in hospital for several days," the statement from Whittaker's management read.

"Up until five minutes before going to surgery the Rob was insisting he would fight, but advice was a blow to his stomach could be fatal."

Meanwhile, Whittaker's opponent Kelvin Gastelum, has declared himself the new Middleweight Champion after Whittaker pulled out of the fight.

Even walking around Rod Laver Arena with the new UFC title.