Rock NewsRock Fans Fire Up... The Man, The Legend, Alice Cooper Is Coming With A Huge Arena Tour Early Next Year

Rock Fans Fire Up... The Man, The Legend, Alice Cooper Is Coming With A Huge Arena Tour Early Next Year 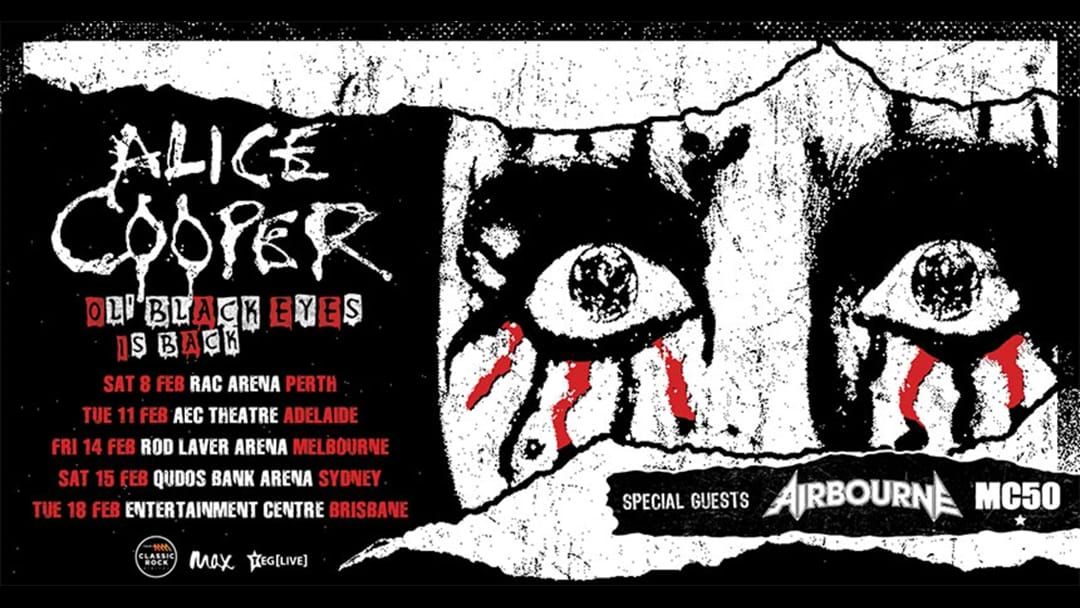 For those about want to rock with one of the true legends this world has ever seen, we have some news.

Iconic shock rocker, rock 'n' roll hall of famer and all-round legend, Alice Cooper, is heading back to Oz in February 2020 with his all-new "Ol' Black Eyes Is Back" show.

What's more, Cooper is taking Aussie rock stalwarts Airbourne along for the ride. Tagging along also will be MC50, featuring Wayne Kramer (of the legendary MC5) with an all-star band performing MC5 classics.

The tour promises to be classic Alice. From what we understand, this show incorporates a setting inside his Nightmare Castle, and features not only the return of FrankenAlice, but also the new Billion Dollar Baby. With a revamped setlist which includes not only the classic hits but some select deep album tracks and new music, this show will be a real treat for fans of the legend and fans of rock in general.

The tour kicks off in Perth on February 8, with his lap of the map finishing in Brisbane on February 18.

All ticketing details, including info about exclusive pre-sale offerings, included below.