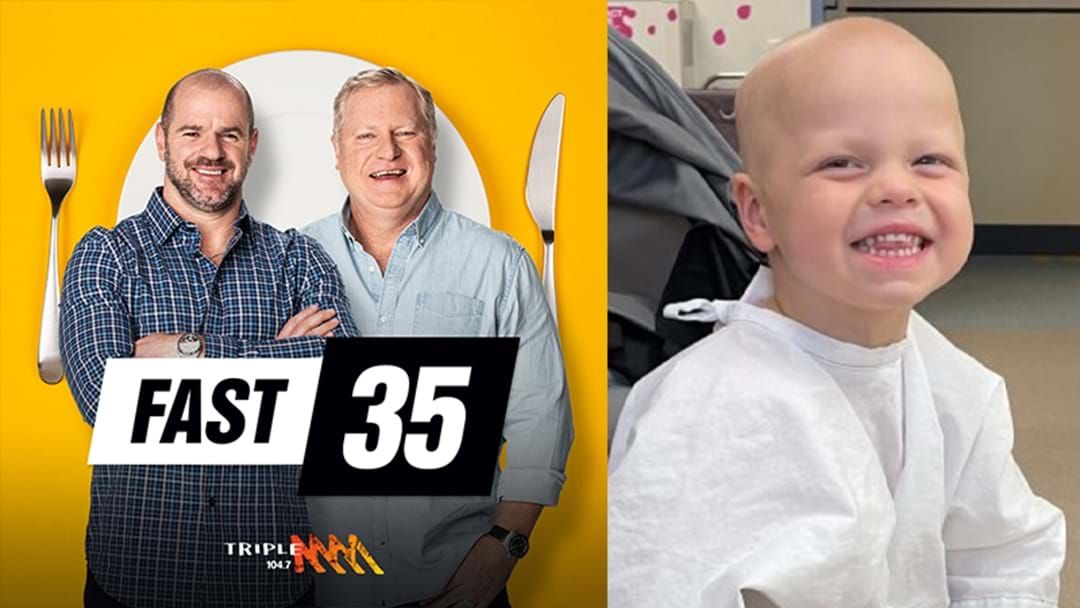 Recently we at Triple M heard this story that absolutely broke our hearts:

On November 10th, 2020 The Fiegert family’s world came crashing down. Nicholas, the youngest son of high school sweethearts, James and Lisa was booked in for some routine scans, after what was initially thought to be minor stomach problems. However scans picked up many abnormalities and they were abruptly ushered out of the radiology department, at their local country hospital and transferred immediately to The Women's and Children's Hospital.

After a week of invasive testing and sleepless nights, Lisa and James were hit with their worst nightmare. Six weeks before his fourth birthday, Nicholas was diagnosed with a rare and aggressive cancer called Rhabdomyosarcoma. To make this time even harder, Covid 19 restrictions meant siblings could not even visit while in hospital.

Roo and Ditts want to help the Fiegert family to raise the funds for young Nicholas' treatment anyway they can, and so they will be fasting for 35 hours to raise the remaining $35,000 for them.

If you want to donate you can go to their GoFundMe page here: https://au.gofundme.com/f/support-for-nickys-family-during-cancer-treatment

If you or your business want to donate more than $1,000 we would love to announce your generosity on air. Please contact us at: [email protected]