AFL NewsRoss & Duck Discuss If Richmond Can Contend Without Dusty

Ross & Duck Discuss If Richmond Can Contend Without Dusty 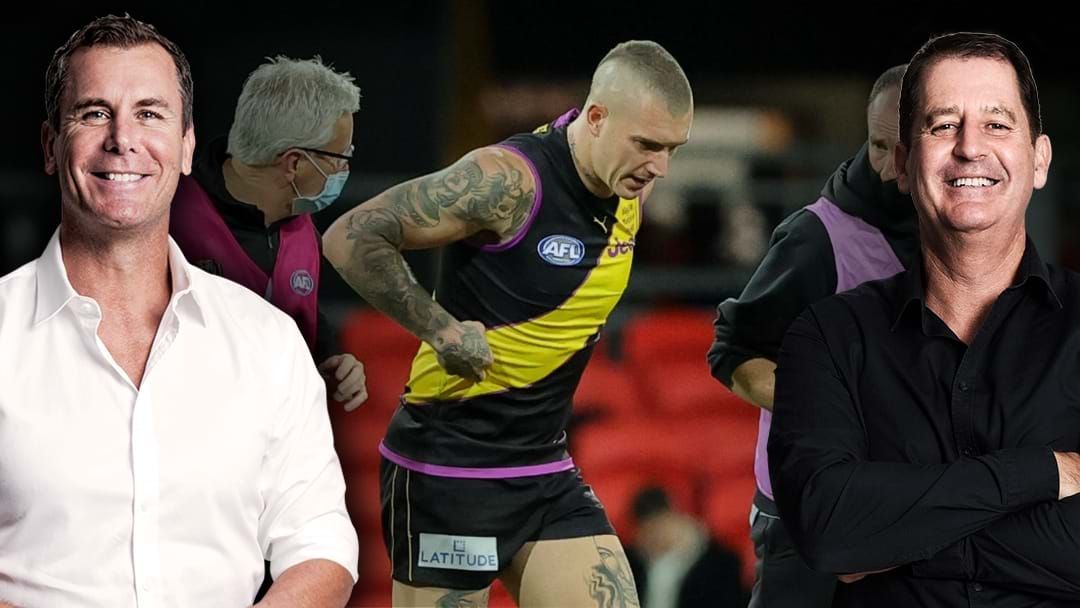 Richmond confirmed yesterday that Martin would be out for the rest of the season with a kidney issue.

After seeing the Tigers regenerate without Alex Rance in the last two seasons, the boys debated if they can do it again without Martin.

Ross Lyon is optimistic that their system can cover for Dusty if their full list is available. But the likelihood of them all being back at full fitness means it's unlikely.

Duck said it's a bridge too far for Richmond without their star on-baller because he is their match winner.