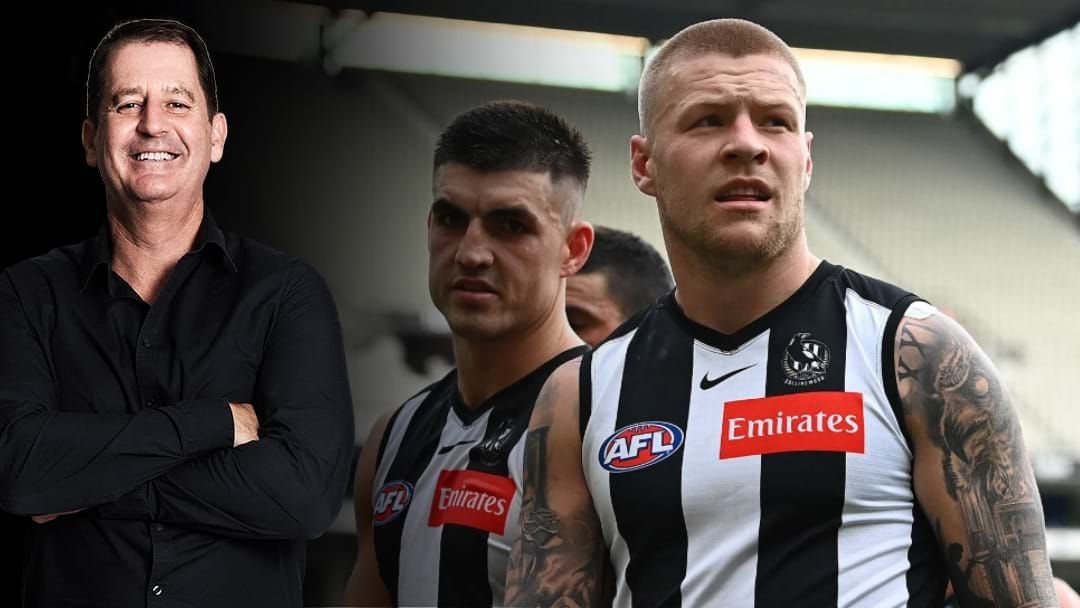 The 'coach' of the Sunday Rub, Ross Lyon, gave his views on Collingwood forward Jordan De Goey this afternoon.

De Goey is demanding the big bucks at Collingwood which has contributed to a salary cap squeeze that has crippled the Magpies this season.

Ross believes he isn't delivering what a player of his price tag should be and said that he always thought De Goey was "overrated".

"I think he's always been a bit overrated to be honest," Lyon said.

Catch the best bits from Triple M Footy here including the Sunday Rub's deep dive on the Magpies troubles!