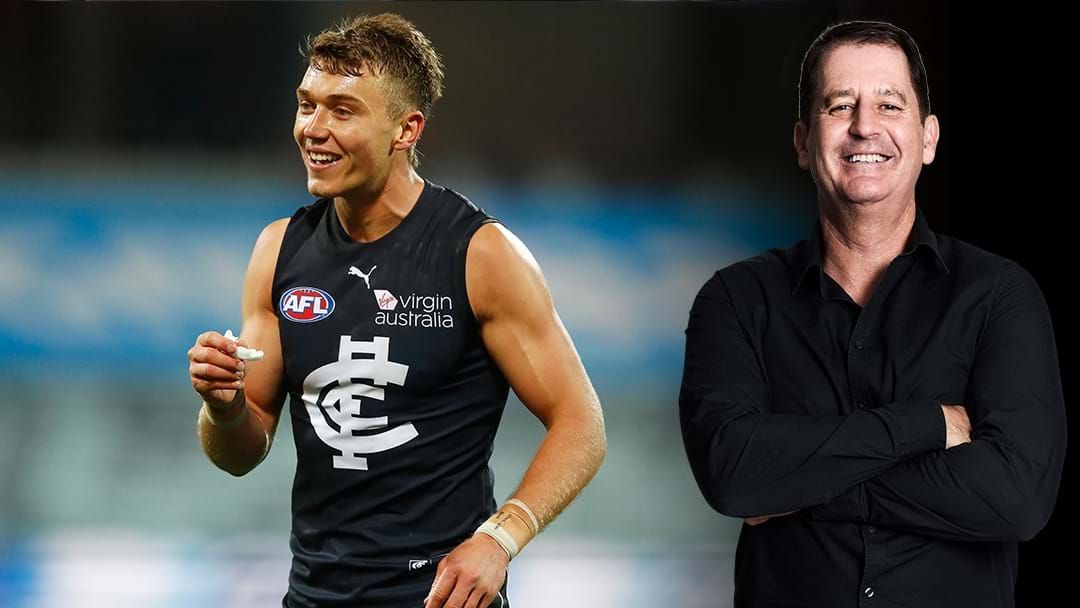 Ross Lyon addressed what Carlton need to do to make the leap into the Top 8 next season.

The Blues showed improvement in 2020 but finished 12th with seven wins for the year.

Ross said he's impressed with the Blues key position stocks but believes there are two key areas they need to address over the off-season.

Lyon said that the Blues need to prioritise chasing another star midfielder to help Patrick Cripps.

He believes with the likes of Murphy & Curnow coming towards the end of their careers, the Blues need to add more depth.

Lyon also explained that they need better pressure small forwards. He Believes that Michael Gibbons & Eddie Betts are doing a serviceable job, but they need to improve in that area to become finals contenders.

Nathan Brown chimed in with with a bold move for the Blues to chase young gun from GWS Tom Green on a long-term deal after he's been left out for the majority of the season.