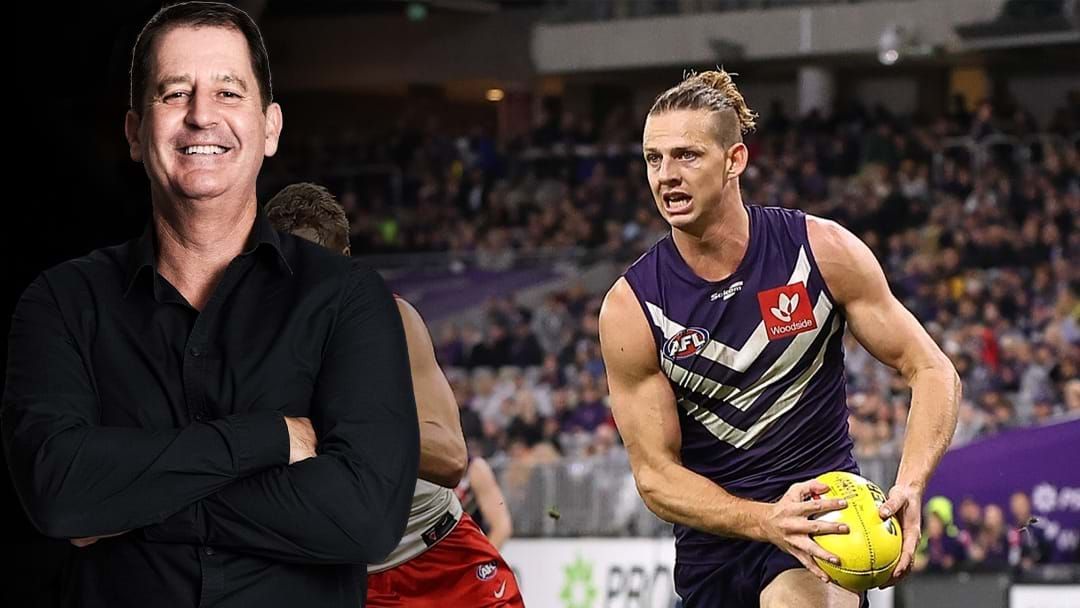 Former Fremantle coach Ross Lyon joined WA's Rush Hour with Lachy and Embers to chat about Nat Fyfe's impact on the Dockers community ahead of his 200th game.

Ross spoke on Fyfe's legacy, earliest memories of a young up-and-comer and future promise with a growing list.

A champion of the sport, Fyfe is lauded as one of the greatest players of his generation with two Brownlow medals amongst the highest of his individual achievements.

However, Lyon explains that he doesn't want Fyfe's legacy to be tainted due to lack of September success.

Suggesting the club should see improvement to provide Fyfe with more post-season opportunities, Ross hoped Fremantle "would have moved the need a bit more".

Ross added that Fyfe's overall ability and excellence should be remembered alongside the game's greats, and how players of his calibre are very coachable.