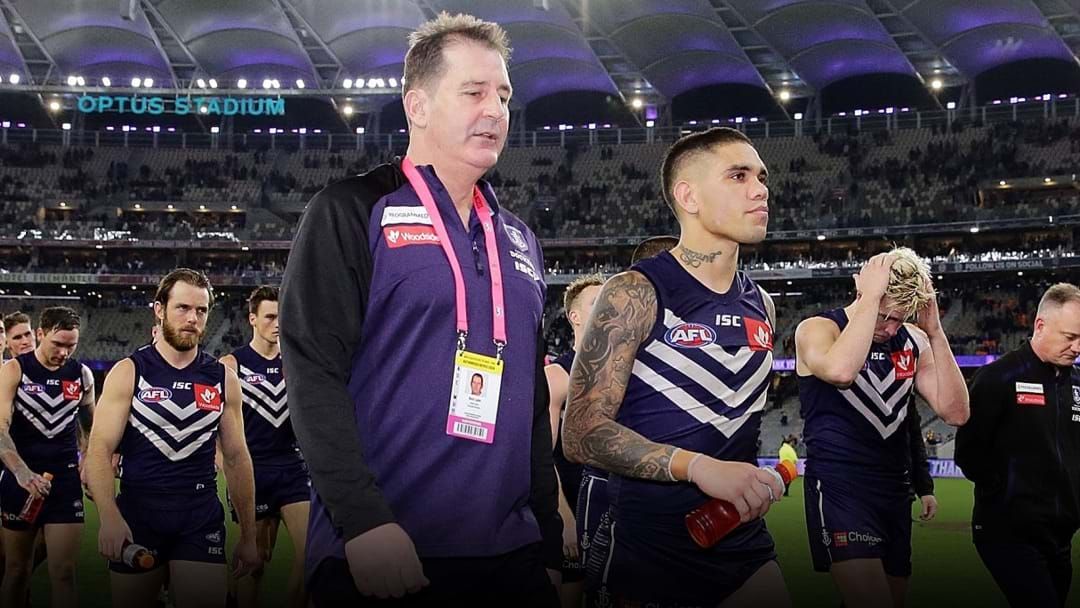 Ross Lyon was asked about one of his former players, Sonny Walters, and how humble beginnings led him to become one of the most respected players in the league.

Walters was a late pick in the 2008 National Draft, and Ross explained how he worked alongside him, watching him grow into the person he is now.

Ross spoke highly about Sonny's outgoing nature, tough love, and the efforts to develop into one of Fremantle's most respected leaders.

"He really blossomed," Ross shared. "You got to be clear on your purpose ... the purpose became clear."