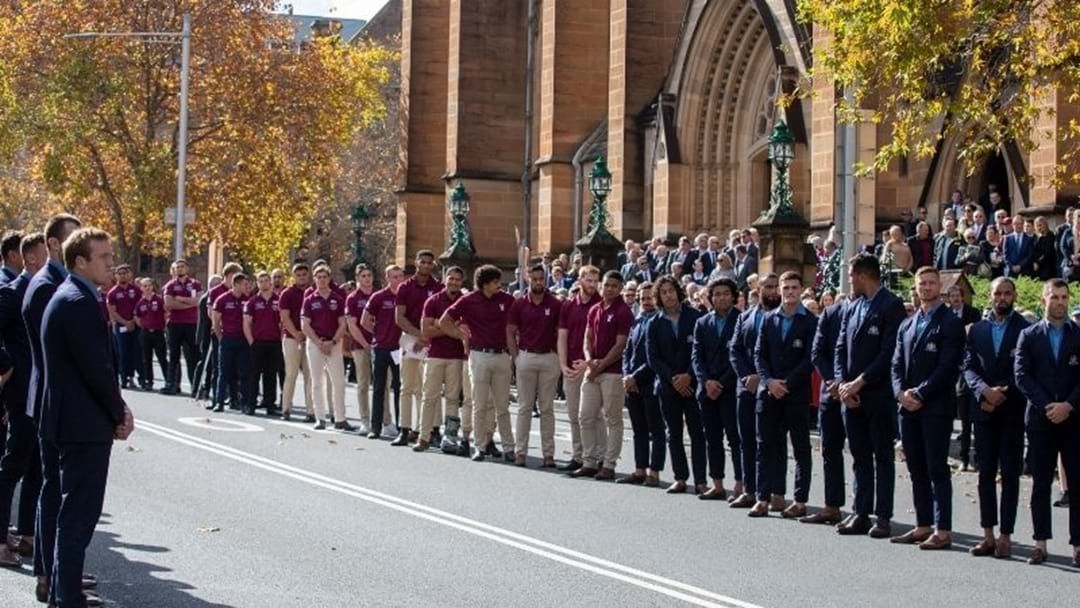 Friends and family of NRL Immortal Bob Fulton paid their respects during a state funeral on Friday, fans were able to attend Sydney's St Mary's Cathedral in abundance.

Radio hosts Alan Jones and Ray Hadley shared words on their former colleague. Fulton's son, Brett, described his father as a "hero" and his "best mate" as the rugby league community came together.

Many paid tribute to the legend nicknamed 'Bozo', who last month passed away after a long battle with cancer, at the age of 74.

In attendance, fellow Immortal Andrew Johns, NRL boss Peter V’landys and chief executive Andrew Abdo joined many other celebs and members of the NRL family for the tearful reception.

Members of Fulton's league club were in attendance, Sea Eagles players and staffers made a guard of honour alongside Brad Fittler and his NSW Blues squad as a sign of  respect.

“He was the centre of our universe, he would talk to us multiple times a day,” said Fulton's son, Brett.

"From a young age I had a desire to want to make you proud. I hope I did that."

Fulton's daughter, Kristy, penned a letter to her late father sharing the immense love she had for the time he gave to all.

“You were always by my side, from a little girl to now, I could always count on you to be there, encourage me and love me for me,” Kristie wrote.

“A Rugby League Immortal is defined as being the ‘greatest ever’. Dad, you’re an Immortal not just in the sporting world but in the eyes of your family, your friends and those you supported and inspired for over 50 years.

“Your legacy will proudly live on in all of us and the game of rugby league for generations to come.”

Playing over 200 games for Manly and appearing in 17 games for NSW, he thrived as a player, coach and mentor.

'Bozo' won two premierships as Manly coach in 1987 and 1996, one of the only league legends to have won premierships as a player, captain and coach. He will be remembered as not only an Immortal, but a godfather of the sport.

Catch up on the latest headlines with the Sydney Local News. Available on LiSTNR