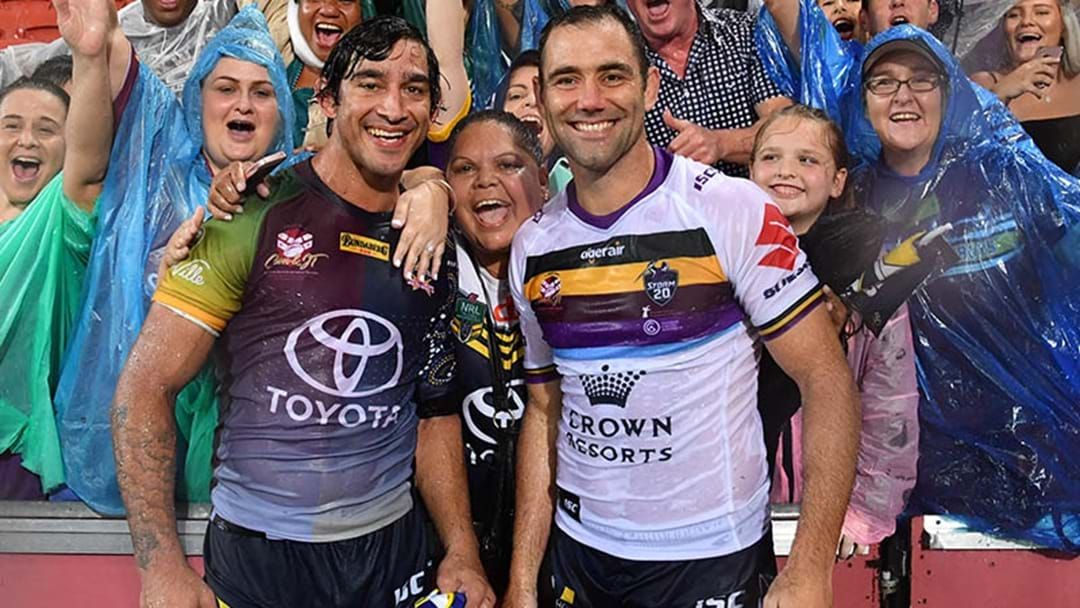 Cameron Smith and Johnathan Thurston have been named on the Queen's Birthday Honours list overnight.

The Queenslanders have both been recognised for their significant contribution to the game of rugby league joining an illustrious group in receiving the Order of Australia (AM).

"Both players have done so much for the game of rugby league and for many communities throughout Australia, possessing leadership and compassionate qualities that have had a profound impact on many," ARLC Chairman Peter Beattie said.

"Their individual on-field accolades may never be eclipsed and their recognition today as part of the Queen's Birthday Honours List adds to a combined list of achievements that are as impressive as they are deserved," Greenberg said.

"It's only fitting that two mates that began their rugby league journeys together more than 25 years ago, have today been awarded one of the highest honours in Australia."

Thurston retired at the end of last season having played over 300 games winning two Premierships, countless Origin series, a two time World Cup winner with Australia plus an abundance of individual awards.

Meanwhile Smith is set to become the first person to play 400 NRL games, is also the game's greatest ever point scorer and regarded as one of the best players to ever play rugby league.