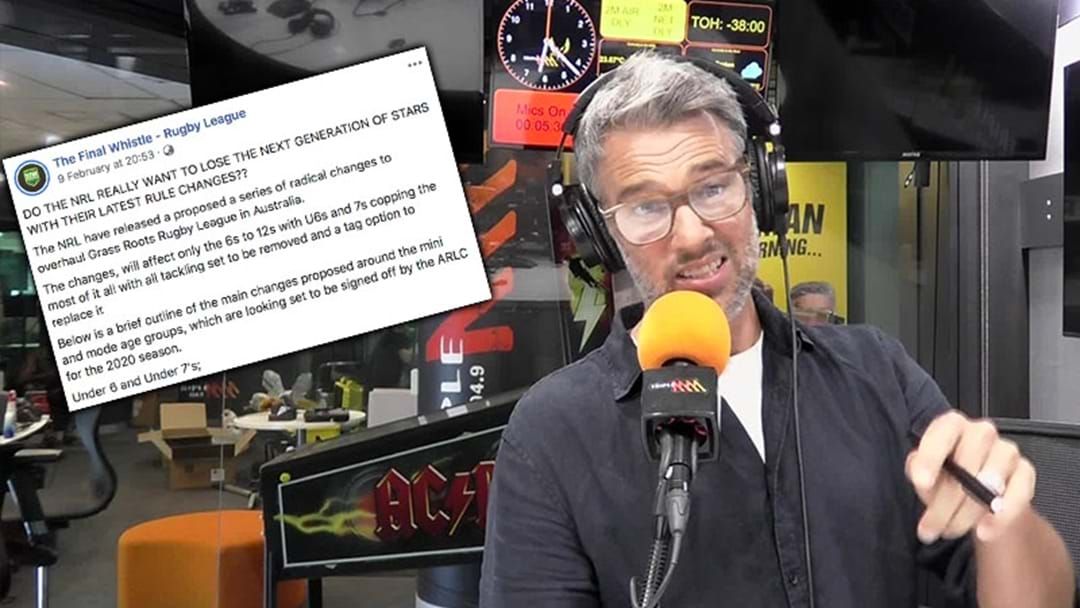 "Are we putting these parameters in place to protect the kids or are we trying to control the parents out there who lose their shit on a weekly basis," Girdler told The Rush Hour with MG.

The proposed changes are set to made in junior rugby league competitions in South-East Queensland, which will see U6/7's not allowed to tackle, while grassroots players will not play for points until 13-years of age.

Titans hooker Nathan Peats took to Twitter to have his say on the issue.