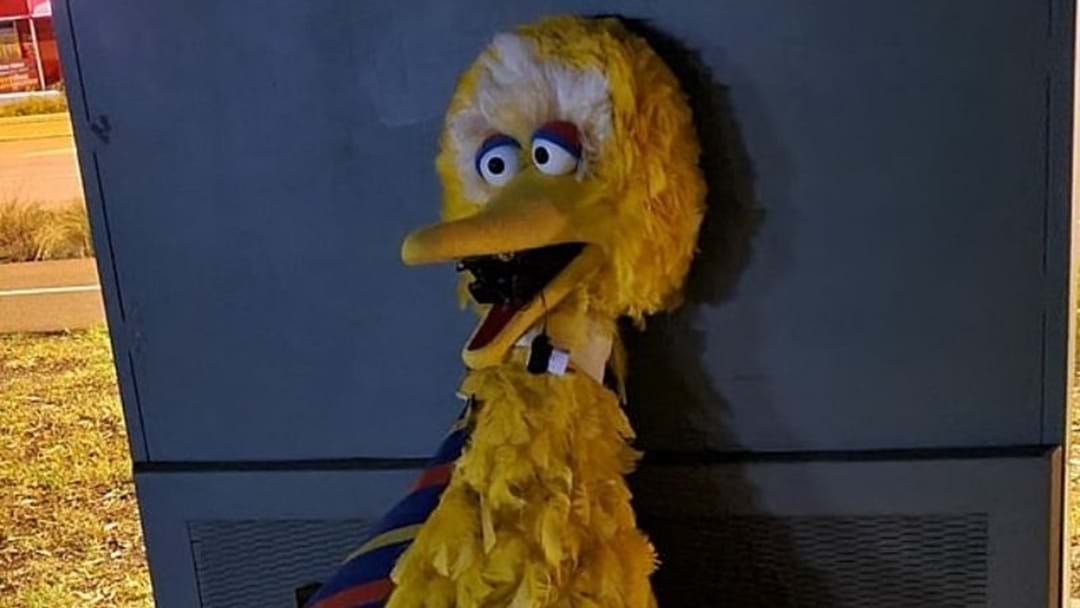 Police are asking for the public's help in locating a woman in relation to the alleged theft of the Big Bird costume from a Sesame Street-themed circus.

Two men are already facing court over the $160,000 costume that was allegedly stolen from show grounds Bonython Park, in north-west Adelaide over Sunday, April 18th and Monday, April 19th.

Stay up-to-date on the latest news with The South Australia Briefing - keeping you in the loop with the region's breaking news as it hits.

Police have since released CCTV images of the woman, who has blonde, medium-length hair and can be seen wearing trackies, sneakers and a white tank top.

Police have recently announced that a woman is believed to have had something to do with the alleged crime and are asking the public to come forward with any information that may help.

The bird costume was allegedly taken from the Showgrounds between April 18th and 19th and returned days later with an apology note in it's beak from the 'Big Bird Bandits'.

26-year-old Cody Alain Milne and 22-year-old Tasman Binder faced Adelaide Magistrates court in June over an aggravated count of dishonesty and taking property without consent, where the two men were released on bail.