StuffScott Morrison, Our PM, Just Did A Borat Impression In Parliament And It Was NOT Very Nice

Scott Morrison, Our PM, Just Did A Borat Impression In Parliament And It Was NOT Very Nice

Hard no from us, ta 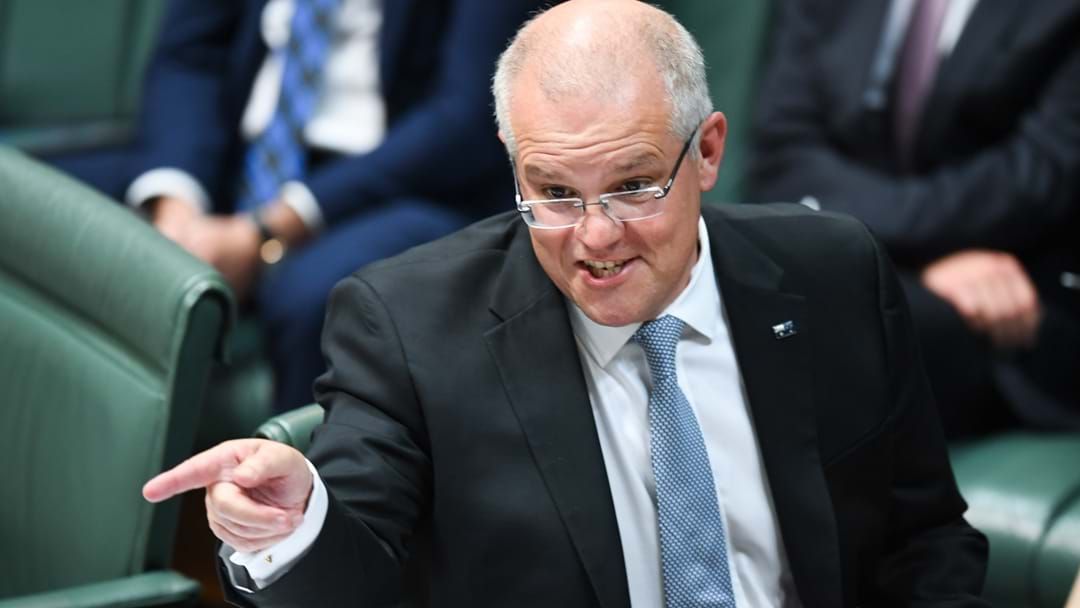 Scott Morrison is obviously feeling pretty proud of himself after last night's budget surplus was announced because he's currently doing questionable impressions in parliament and we're gonna need it to stop.

Our Prime Minister - as of 3.35pm on Wednesday April 3 - was delivering an impassioned speech on carbon credits when the topic of Kazahkstan came up, and ScoMo saw his chance and ran with it.

"I know what Borat would think of the Labor party's policies on a mission's reduction," Morrison said.

You can see what's coming.

"Verrry niiiiice!" he finished, sticking both thumbs up and grinning like a lunatic.

It's even more terrible when you watch it.

Also, is he saying Borat incorrectly? It's not supposed to rhyme with "carrot", ScoMo.

While we can only hope our PM doesn't intend on representing us in parliament in character ever, ever again, his fellow pollies seemed to really enjoy it so who bloody knows.