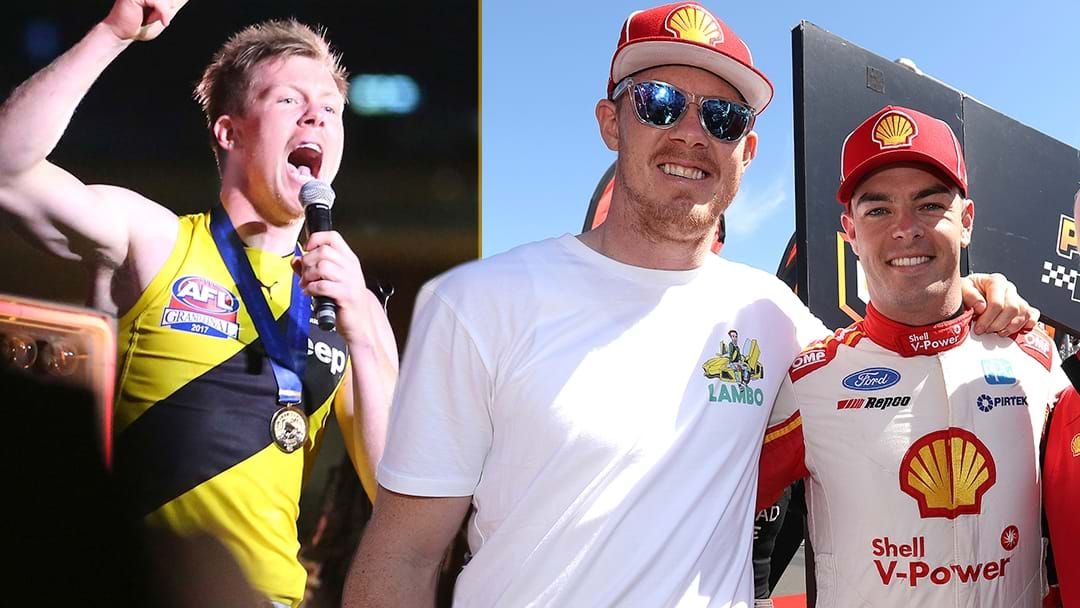 And, as he told Triple M's Spring Break with Billy, Brig and Joey, he revisited some classic 2017 AFL grand final style celebrations with his close mate Jack Riewoldt!

McLaughlin joined the show on Monday morning off about half an hour's sleep and was quizzed by Billy Brownless about where his celebrations ended up, with Bill tipping he'd be at the Railway.

"I was actually at the Ox, Billy! I actually finished up about half an hour ago, so I'm in prime form," he revealed.

Then he revealed who he was celebrating with.

"We were singing Mr Brightside, doing the whole deal!" he laughed.