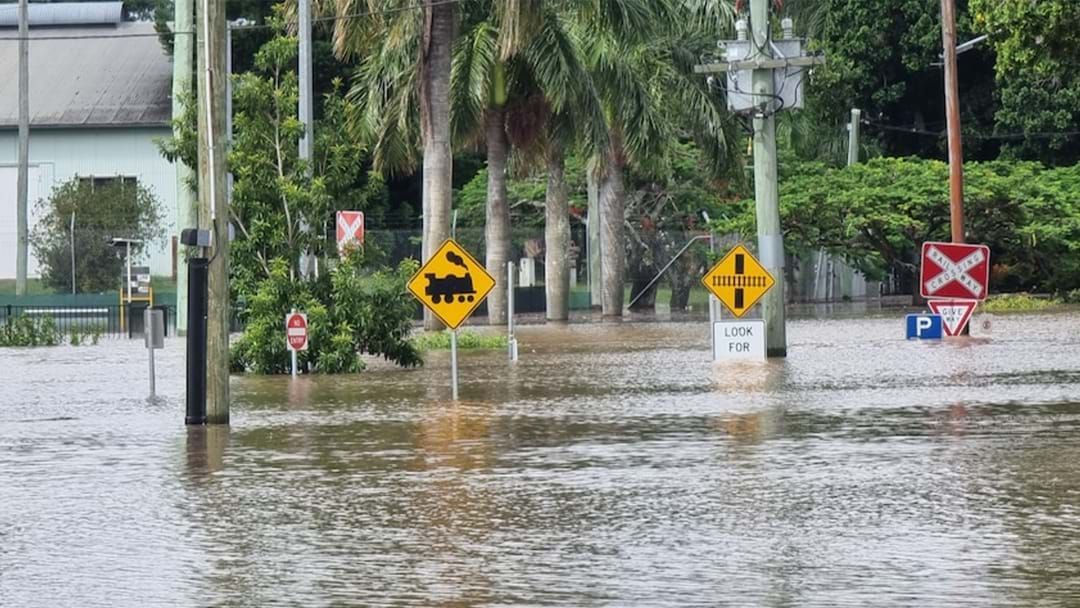 The search for a 14-year-old girl who went missing in floodwaters north of Brisbane continues, as parts of the south-east look to combat major water damage.

Queensland Emergency Service said the girl has been missing for more than three days after being swept into flood waters near Gympie.

Residents in Wide Bay are teaming up to assess the damage caused by the extremity of cyclone Seth.

Krystal Cain was caught in torrential flooding after she escaped a car caught in a flash flood on Friday.

The girl's father, who occupied the vehicle, was found alive 12 hours later clinging onto a tree.

Police say there are "grave concerns" for Krystal, a GoFundMe page has been set up to assist the search.

“Krystal is a loving daughter, sister, granddaughter, niece and friend with an incredible talent to sketch all things animal,” Ms Cain wrote.

“She was swept away in a torrent of water whilst travelling to Agnes Water to see her grandparents. Krystal is still missing and we hold hope that she is still alive somewhere.”

It follows the devastating discovery of a 22-year-old man's body found in a submerged car at Kangian on Saturday.

Water police, divers, volunteers and helicopters have aligned to help with the search and any other community incidents.

“Unfortunately, we have already seen people lose their lives in floodwaters and it’s a tragic reminder to all Queenslanders that if it’s flooded, forget it,” he said in a statement.

“Queensland’s emergency services staff continue to work around the clock in response to the ex-Tropical Cyclone Seth flooding and we will assist all impacted councils and communities.”

Police said an emergency declaration for the town of Maryborough will be outlined this afternoon.

“Members of the public are asked to stay away from flood-impacted areas due to potential hazards generated by the flood waters,” police said in a statement.

As reported on Monday, residents in the Wide Bay region will be able to access disaster payments of $900 per family of five - funded by state and federal government.

Federal Emergency Minister Bridget McKenzie said funding will also be supplied for small businesses impacted, with a low-interest loan of $250,000 to be made available.

“This event is still unfolding, but we already know that the severe flooding has tragically resulted in the loss of life, in people being evacuated from their homes, and in significant damage to roads, bridges and other infrastructure,” she said in a statement.

“Fraser Coast and Gympie are at the centre of this unfolding emergency, with homes and business already submerged."