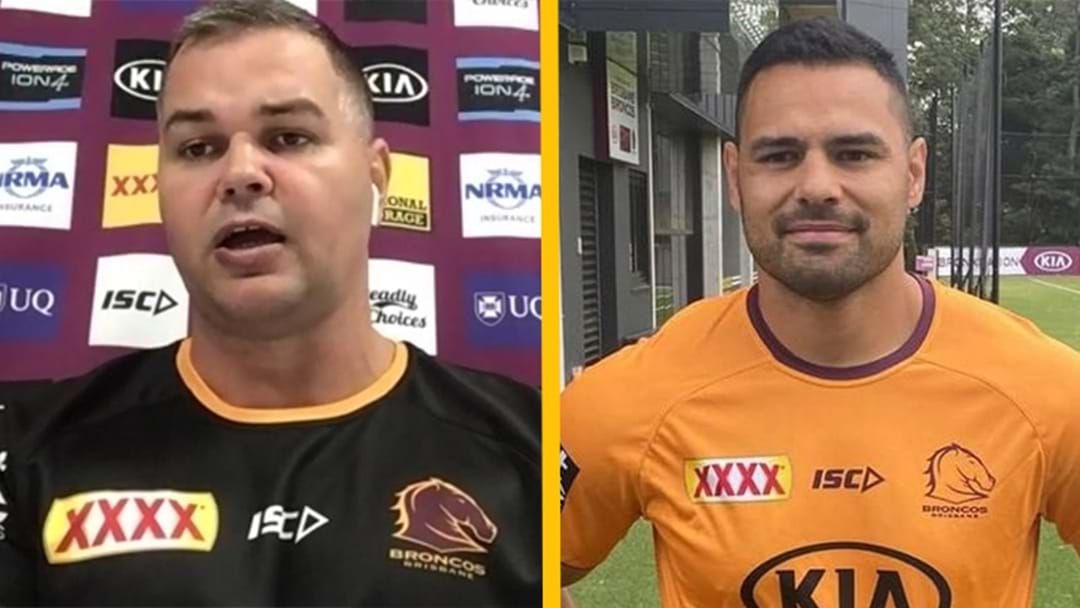 Broncos Coach Anthony Seibold has spoken for the first time since Thursday’s crushing 59-0 defeat at the hands of last year’s premiers at Suncorp Stadium.

The coach fronted the media this morning via Zoom, adamant that despite the hefty loss he's still the man for the job and his team is improving.

“There’s two or three things that if we just narrow our focus, that’s the best way forward for us”.

“People can’t forget that we’re 2-2 , we’ve been really poor in the last three halves of footy, but again I’ve got belief in the group…if we focus on these things this week we’ll give a good performance.”

The big news to come out of this morning’s briefing that was announcement that dual-code star Ben Te’o will be rushed into the starting XVII for this Thursday night’s clash with in-form Manly at Central Coast Stadium.

Te’o, who played 75 games with Broncos between 2009-2012 has returned to the club after a seven season stint in Rugby Union which included representing England and the British and Irish Lions, Seibold telling the media that he will look to use the veteran in an impact roll off the bench.

Don't miss a minute of The Rush Hour with Dobbo; listen live from 5.30am weekdays or download the Triple M app to Catch-Up now.